Travis Henning and his best friend Adam are so close that their parents suspect they might actually be gay and in a relationship with each other! Hmmmmm. That’s quite possible, right?

Well, after their respective families called them out for being gay, the naughty best friends didn’t answer a direct “yes” or “no” to the question of whether they were gay and dating. Instead, they sent their families a “Just Friends” video from no less than a fun adventure trip to Thailand.

But the video would just make you question more whether these two guys were really “just friends” although it was, of course, entirely possible that they were merely trolling their parents and just having fun at the thought that they were mistaken as gay. 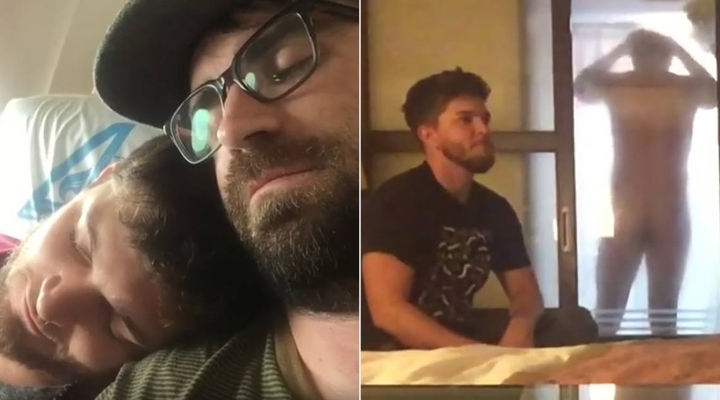 So, in their holiday, they did everything that best friends, errrrrrr, boyfriends (?) do together. For instance, they hug (but don’t kiss), they feed each other with the exotic food in their trip, they enjoy the sights together (well, they’re traveling together after all!), and there’s even a part where one was watching something on TV and the other was bathing in the rather sexy bathroom with a full glass door! Oooops.

But are they dating or not? Well, it really is hard to tell from the video! LOL. The two shared their “Just Friends” clip on YouTube so their parents can see the clip but it ended up going so viral that it has garnered over 1.7 million views on YouTube in just 5 days! Isn’t that incredible?

As for their parents’ reaction? Well, Travis’ mom wasn’t so pleased, actually. When she called from Thailand to greet her a happy birthday, she told him to stop making videos like that. LOL. Typical moms.

Bromance is the term used for a close but actually nonsexual relationship between two men.