It is easy to tell parents and babysitters to never leave the kids unattended but there really are just moments when you get a little distracted and the kids make a slip to go to some exciting activities they were planning to do – and that can be quite scary!

In a CCTV footage that has gone viral on social media, a child could be seen taking his toy car for a spin at the busy street – and he was even going against the flow of traffic!

Considering that this was a rather busy street, he was counterflowing, and he’s really just too small on that toy car to be noticed by drivers, watching the video can truly be heart-stopping!

Luckily, the drivers managed to see him and avoid the toy car but at the rate he was going, it really was an accident waiting to happen. 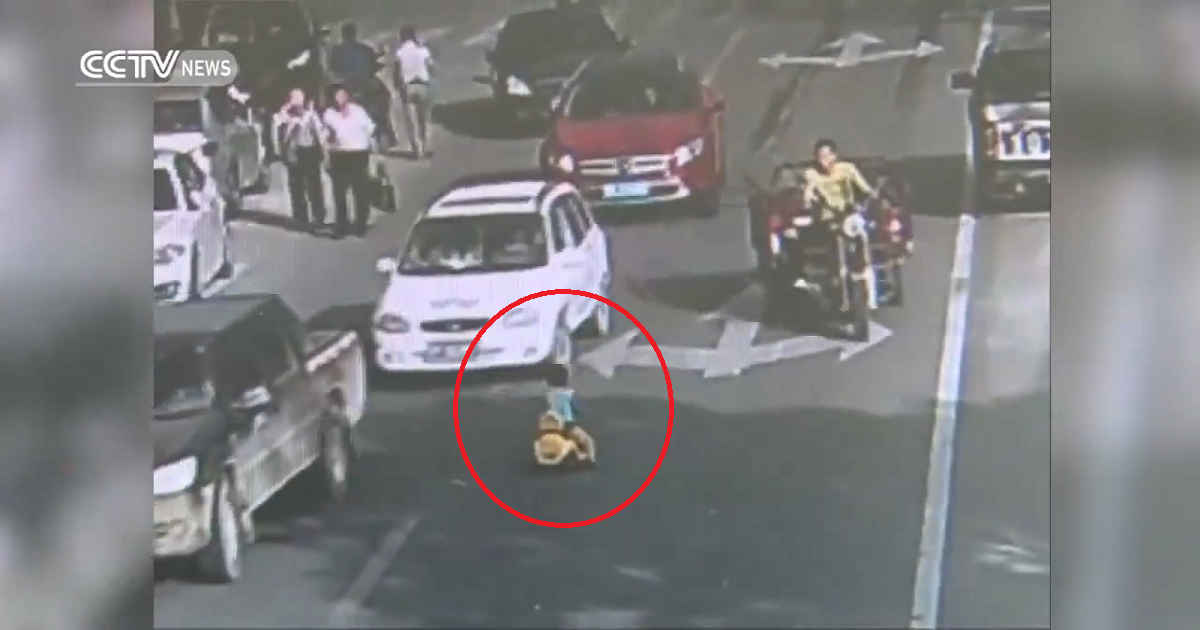 There were some people walking at the sides of the street but it was unknown whether they had noticed the kid or were really just indifferent. Quite possibly, they were afraid to interfere as this incident likely happened in China though it was not mentioned in the video. In China, people are hesitant at helping others as there had been a number of times when those who helped were actually the ones slapped with a lawsuit by the victims.

As the kid continued his bone-jarring jaunt on that busy street, it was quite lucky that a security guard or a cop had noticed him. The guy quickly ran towards the kid and lifted him up, away from imminent danger. Whew! That was a close one.

Counterflowing is simply a traffic offense wherein the driver is going against the flow of traffic. This is dangerous as it might lead to accidents, especially in busy highways.