A 4-year-old child slipped into the enclosure of the western lowland gorilla exhibit inside the Cincinnati Zoo – and zoo officials had to shot the animal with a rifle to save the boy’s life.

The unnamed child had managed to slip inside the gorilla exhibit and fell into the moat last Saturday, May 28, 2016.

What exactly happened and where his parents were at the time of the accident remain unknown as of press time but Cincinnati Zoo Director Thane Maynard was quoted as saying that the child appeared to have crawled under the rail and was able to walk through the wires and climb over the moat wall before falling to the moat below. 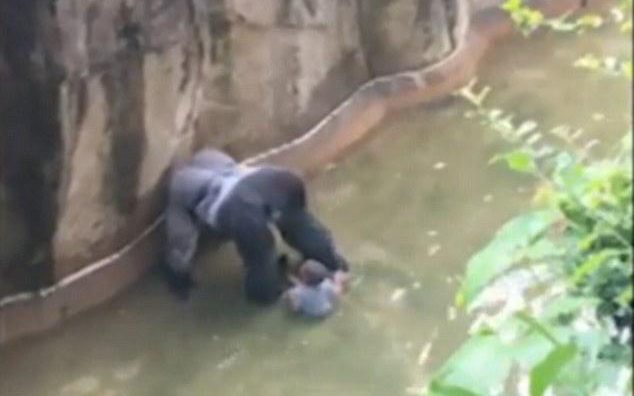 Zoo officials quickly stepped in and called the gorillas out of the habitat; however, only the females followed the zoo staff out. The male ignored the zoo staff; instead, he went to the moat where the boy had fallen off and picked him up.

The 400-pound male gorilla, a 17-year-old named Harambe, retrieved the child from the moat and dragged him around the enclosure. Although it appeared that the gorilla was not aggressive or doing something life-threatening to the boy, zoo officials still feared for the child’s safety, especially considering that the huge gorilla was not exactly gentle with him, either.

“The child was not under attack but all sorts of things could happen,” Maynard revealed. “He certainly was at risk.”

Harambe had been carrying the boy around the enclosure for some 10 minutes when the zoo’s dangerous animal response team took him out with a rifle. 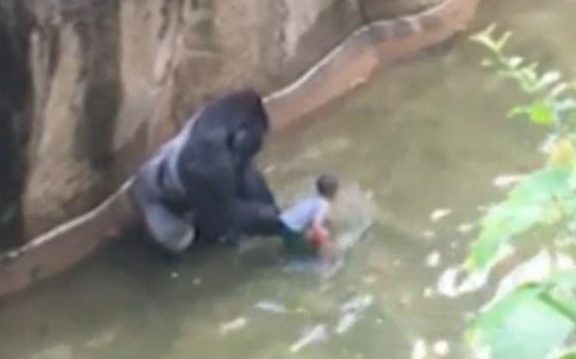 Considering that western lowland gorillas are critically endangered, Harambe’s death was definitely sad news in the zoo but the team believes it was the only way to save the young boy’s life because shooting the gorilla with a tranquilizer might work but it would still take several more minutes before it could affect the huge creature.

The boy was brought to the hospital for non-life-threatening injuries and is expected to recover soon.