A young man named Jayson Alarca became the most recent viral hero on social media after he defended a Jollibee crew humiliated by the manager, before walking out of the outlet.

In his post, Alarca narrated how the service crew taking his order asked him to repeat it as she was not able to hear the order clearly. According to Alarca, he did not mind repeating the order since the store was full at the time and was noisy, so he understands that the crew was not able to hear him clearly.

While Alarca was repeating the order, he noted that the store manager looks at the crew member like she was stupid. Then, the unnamed store manager butts in, reprimanding the crew for still not getting orders correctly despite being under training for a month. 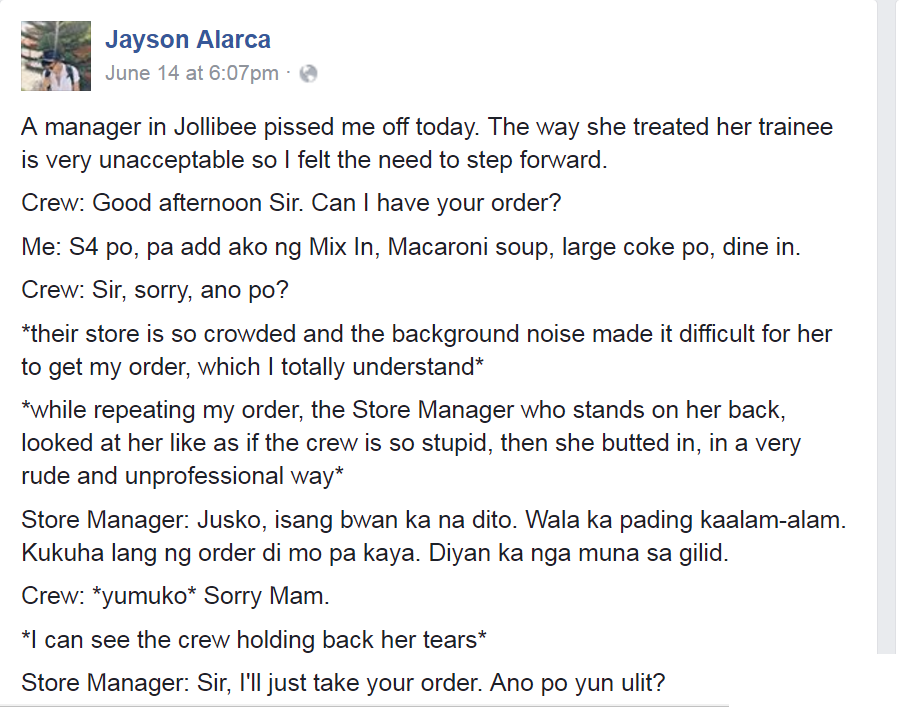 The manager then tells the crew to stand aside as she would be the one to take over but when she asked Alarca to once again repeat his order, the irked young man pointed out that the store manager was just right behind the crew when he was giving his order; thus, she should have heard it, too, and taken note of the items he ordered.

According to Alarca, he told the store manager that she does not know how to take orders as well. Moreover, Alarca reprimanded the manager for being rude to the crew and for humiliating her in front of many people, saying that the former should have known how it is to be a trainee because she must have also started as one before she became manager.

When the manager asked forgiveness from him, Alarca told her she does not need to ask sorry from him but from the crew member she humiliated. Then, to prove his point, he walks out of the store after telling the manager he lost his appetite for Jollibee food after the incident. 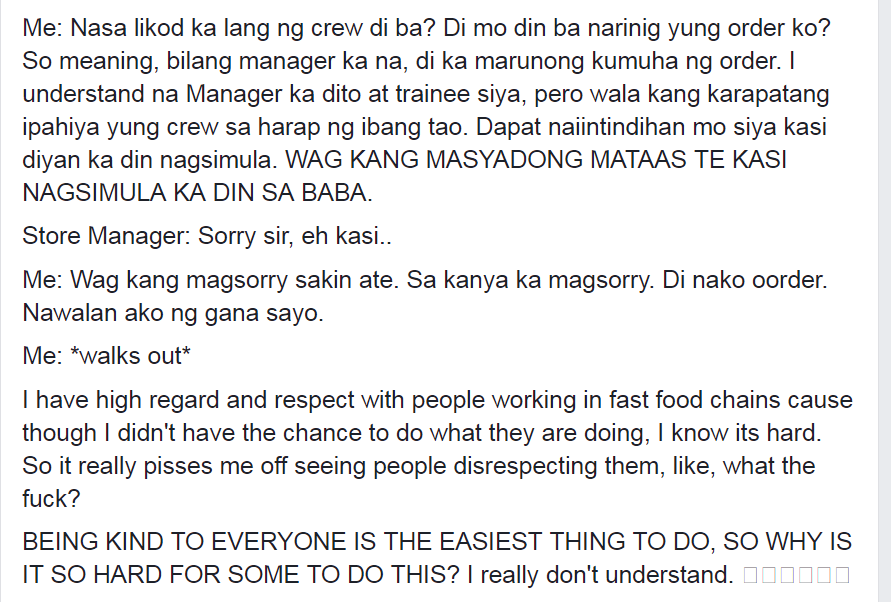 Alarca would later post photos of Jollibee food he ordered days after the incident, as proof that he actually still likes the Filipino fast food chain and does not hold the incident against the store in its entirety; though he certainly did not approve of the manager’s actions toward the crew taking his order. 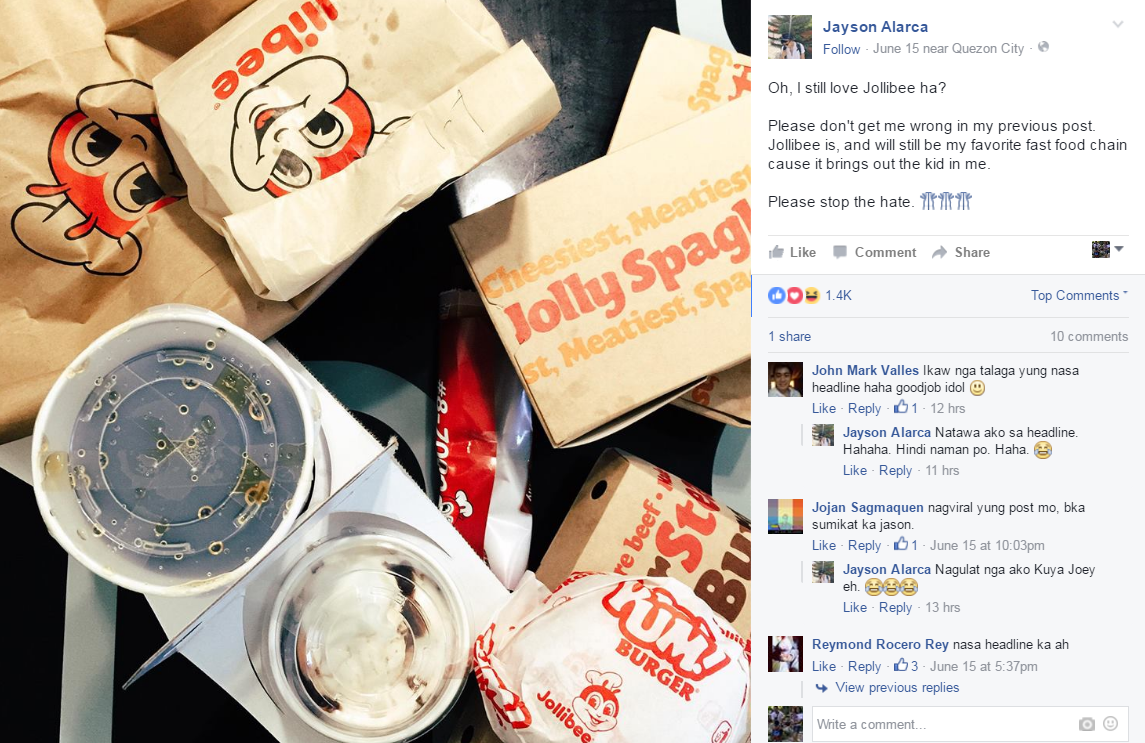 While some friends encouraged him to name the store manager and indicate the outlet where he experienced the rude encounter, Alarca refused to disclose these information, saying although he does not like the manager’s actions, he still believes in giving her a second chance.