While the conflict in Marawi  continued, many sad stories have been written, many lives have been lost and many families have been left broken brought by desperation and grievances.  Yet amidst all the unfortunate news, it’s nice to know that there can still be reasons to make the people in Marawi smile again.

Just as this act of kindness and concern of 2 children who had voluntarily decided to give their savings from their piggy banks to help the evacuees in Marawi City.  Young as they are and innocent as others may perceive, the young kids expressed their  willingness to help even in their own  simple way. 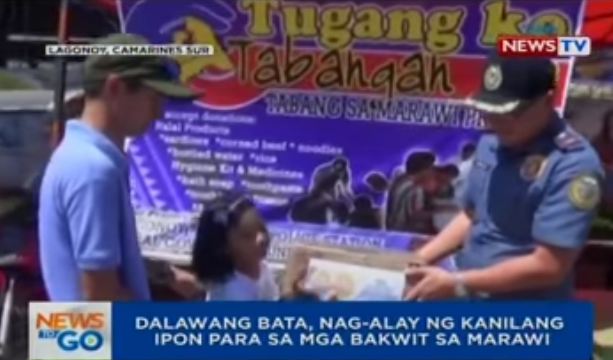 Sisters Krisha Orduña, 6 years old and Raiza, 3 years old,  were from Lagonoy, Camarines Sur.  According to their mother, the children thought of giving out the money which they saved after they were able to watch on TV the actual condition in Marawi.  The children wanted to extend their sympathies to the evacuees as they were really sad to see them in difficult times. 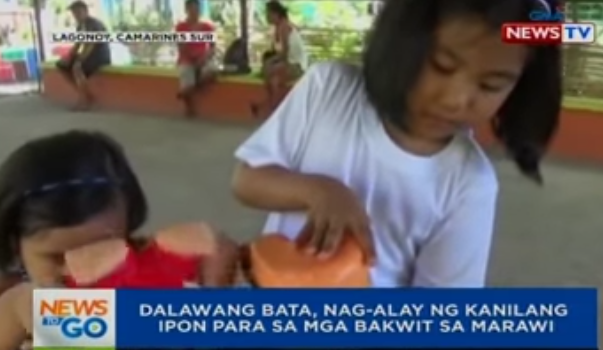 Out of the one-peso coins, they were able to raise the amount of Five Hundred pesos ( P500.00) altogether,  which according to their mother,  will be used to buy canned goods and noodles to be distributed to the evacuees.  Their parents were happy to see that even this early, when their kids are still young, they have a heart to extend their help to other people in need. 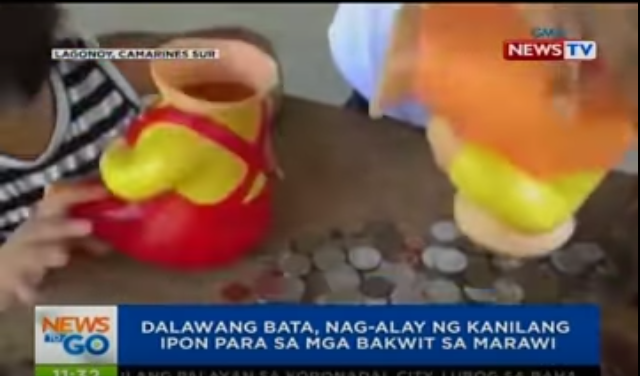 The video about this doing has been aired over GMA News Live on their News On The Go segment.  People have been all praises to these two  young kids who were able to melt their hearts.

If these kids whose minds were still unaware of what exactly was going on in Marawi can extend their help because they feel and see that there’s a need for them to reach out, how much more for older people who knows what’s really going on?

May watching this video melt your hearts and give you the spirit to be wanting to extend your help.