Three young inventors from Chile have found a solution to solve many cyclists’ dilemma.

Instead of obtaining their degree in the university, Cristóbal Cabello, 22, Andrés Roi Eggers, 23 and Juan José Monsalve, 24, dropped out of school and created the world’s first unstealable bicycle.

Bike thieves will definitely have a hard time executing their evil plan as they have to break this bicycle in order to steal it. The bicycle’s unique design allows cyclists to split the frame of the bike into two and use it as a lock when attached to a post. New York Post reports it would only take you 10 seconds to assemble the lock.

Known as the Yerka, the project received $100,000 funding from the government. The trio’s first unit was sold via Indiegogo, a crowd funding website. 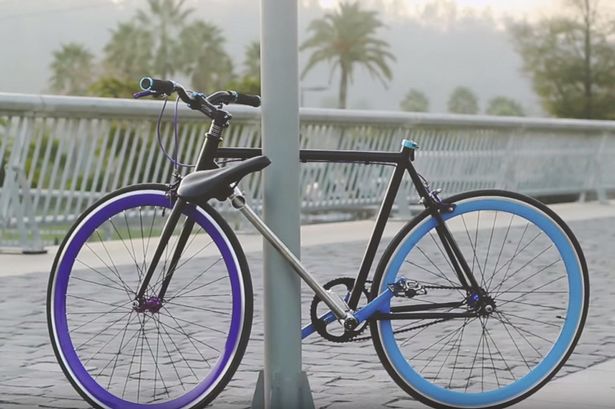 “We went back to the roots of security and made a paradigm shift: Make a lock out of the bike.Now a thief would have to cut through the main structure to take the bicycle, defeating the purpose,” they said in their website.

No matter how dangerous it can be, some cyclists choose not to wear helmets simply because they’re bulky or unfashionable.  This is why a Paris-based engineer invented a portable bike helmet.

Created by Engr. Arrouart,  the Plixi helmet is the perfect solution for cyclists who feel the need to store their helmet while cycling in cities. The one-of-a-kind helmet folds away into a third of its size allowing users to store it easily in small bags.

Engr. Arrouart explained: “So I got the idea to create a folding bike helmet which is much easier to carry and store while also being chic and trendy.”