MANILA, Philippines- Saniño Butucan’s life was cut short after he was hit by a stray bullet believed to be fired by policemen during an alleged anti-drug operation in Consolacion, Cebu on Saturday, December 3. The young boy was apparently caring for his sick sister when the unfortunate incident happened.

According to the 7-year-old boy’s mom Marilou Batucan, four men wearing civilian clothing, bulletproof vests and bonnets repeatedly fired at a suspected drug financier identified as Alcris Quiapo in their village in Cansaga. They arrived on board two motorcycles at around 8pm. 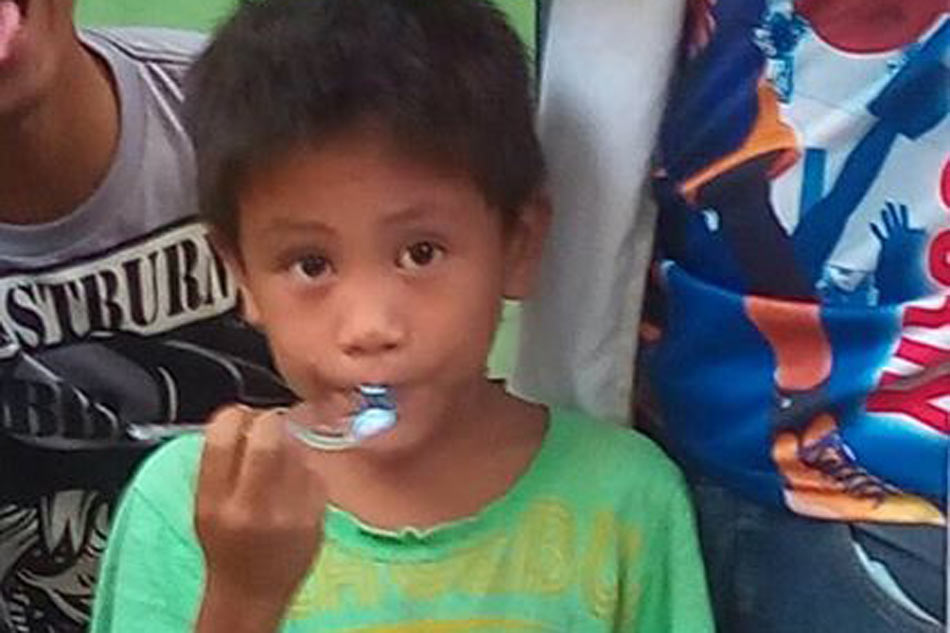 Marilou claimed she was certain that the four men were police officers since she has personally witnessed police operations in the past in which cops did not wear uniforms and covered their faces.

She and her husband Wilson immediately hid after hearing gunshots. The two later came out of their hiding place to check on Saniño and their daughter who was suffering from meningitis. Their children were watching television inside their house when shots were fired.

Wilson then discovered that Saniño was accidentally shot in the stomach.  Although they immediately rushed their son to the hospital, Saniño died after a few minutes because of excessive blood loss.

Speaking to ABS-CBN News, Marilou said in Cebuano: “Is this what they call change? They kill innocent children?”

“They could have just picked up their target and brought him at the police station. He was not running away from them, not until they pulled out their guns,” she added.

However, the Consolacion policemen denied carrying out any operation in the village on that night. They claimed that four police officers just responded to a shooting incident in the area.

In their report to the Cebu Provincial Police, the policemen allegedly received information that two unidentified men in motorcycle chased and fired at Quiapo. They were also informed about Quiapo’s escape and that a stray bullet hit a young boy.

Stray Bullet Incidents in the Philippines