FC Barcelona is one of the strongest soccer teams in the world – and it is led by forward Lionel Messi who hails from the famed La Masia academy which he joined at age 13. The ‘under 12’ soccer team of the same academy has gone viral recently, after what they did to their opponents after the game.

The boys had gone to an international competition to Tokyo, Japan and won the game against the Japanese team with a score of 1-0.

As the final whistle rang, the Barcelona team jumped with glee, celebrating their win against the Japanese team! We could feel the joy and pride in those happy faces as they clapped each other on the back, gave each other high fives and hugs, and simply celebrated their win as they deserve to do it.

What followed will surely melt your heart… 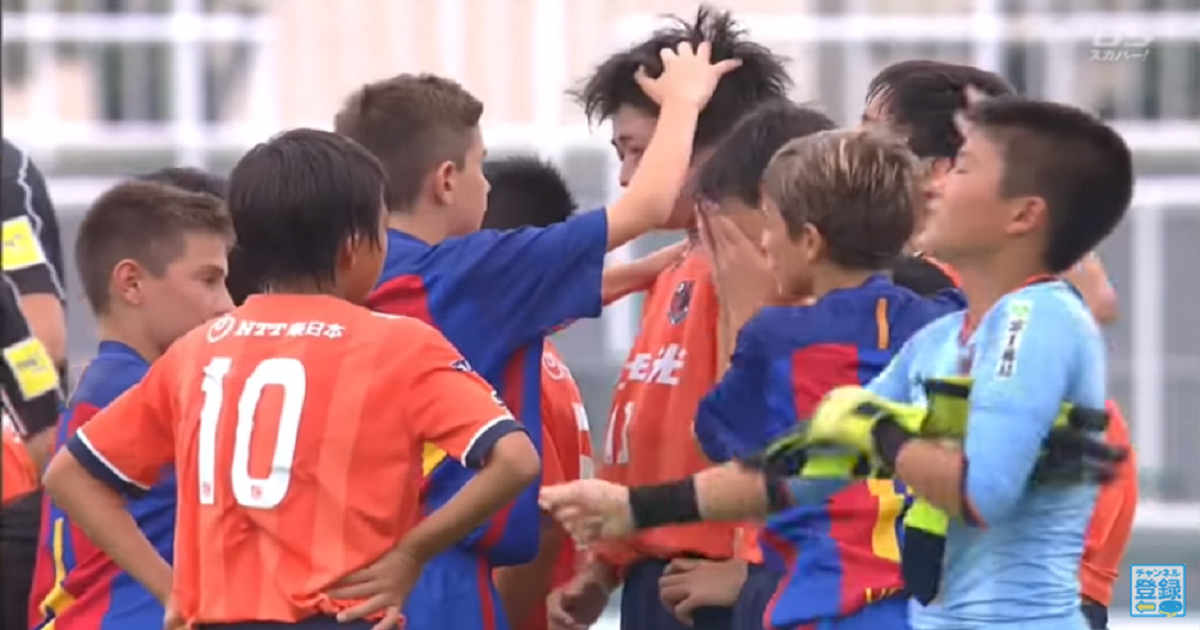 Led by their team captain, the adorable chap with the #4 jersey, the Barcelona team gave their opponents a big hug and tried to console the crying players despite the language barrier. Showing the true spirit of sportsmanship, the Barcelona team laid their hands on their opponents chests, heads, or cheeks as they tried to make sure that the Japanese boys won’t feel so bad – after all, there are lots more of other games to come in the future, right?

For their actions, the Barcelona team has earned praise on social media. Indeed, this team of young ones is bound for greatness for even as young kids, they already know the value of good sportsmanship!

Good job, boys! We hope to see you on Barça in the future!

Futbol Club Barcelona or FC Barcelona is a professional football club, based in Barcelona, Catalonia, Spain. It is fondly called as Barça.