Home
News
News & Culture
You Can Now Rent a Boyfriend in Japan!

Are you having trouble finding the perfect guy for you?

Japanese women seeking companions can now avail the service of Rentaru Kareshi or Boyfriend Rental. Although similar services have emerged in the country in the past years, the concept of boyfriend rental was officially introduced mainstream through a feature in a nationwide morning show Hakunetsu Live Vivid this week.

Hakunetsu Live Vivid reported that 40% of the people who availed their service are housewives. So does this mean that the company behind “Boyfriend Rental” is promoting infidelity?

Apparently, those who avail this service are not allowed to even kiss their “boyfriends”. In fact, the only physical contact customers can have are holding hands or hugging.

The big question is how much do customers have to pay to have a date with guys from the rental service? 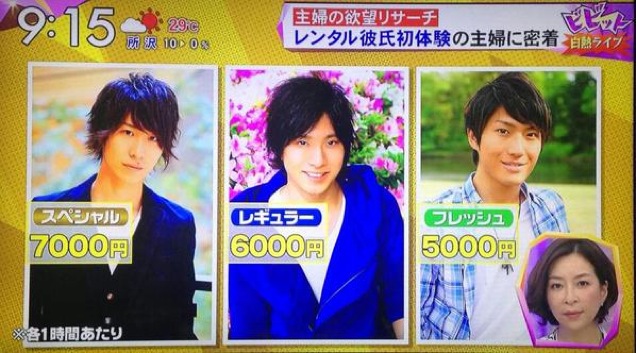 To give us a glimpse of what’s it like to have a Rent-a-Boyfriend date, Hakunetsu Live Vivid featured a housewife’s date with one of the men. 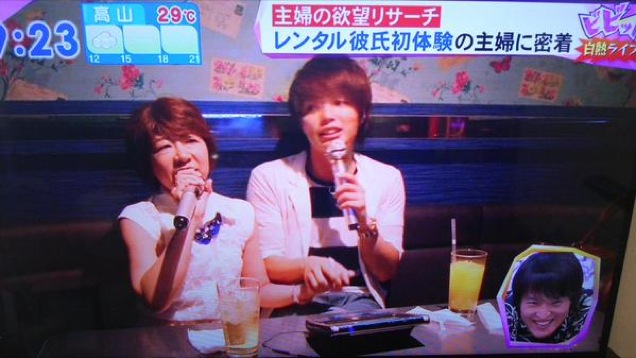 During their six-hour date, the woman gets to go shopping, sing karaoke while holding hands, play arcade, and hug her “boyfriend” for $422.

China’s largest online marketplace Taobao can hire boyfriends who will accompany them on dates or trips.

In an article published on Business Insider, news blogger Melanie Lee decided to give the service a try. For $264, she gets a day-long date with a temporary companion. The service does not include “kissing, hand-holding, and other dodgy physical contact”.

“He tells me he is usually hired by older single women to ward off the merciless harangues of family. Sometimes, he stands in for actual boyfriends, married guys or gangsters in need of someone harmless to look after their mistresses in their absence,” she wrote.