Known as the world’s oldest living person, Susannah Mushatt Jones passed away on Thursday in New York City according to a spokesman of the Guinness World Records.

Born in 1899 in  Lowndes County in the southern U.S. state of Alabama, Jones was the daughter of sharecroppers and granddaughter of slaves. Robert Young, a senior consultant for gerontology for Guinness World Records claims that Jones was the last American born in the 1800s. 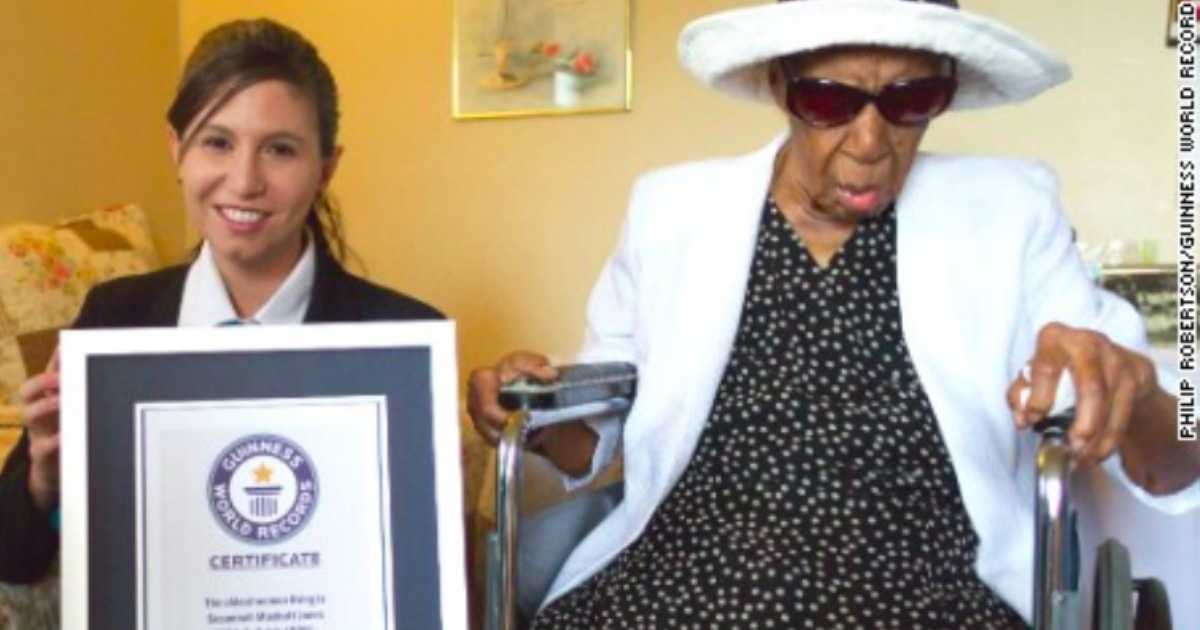 Jones, whose life spanned three centuries, lived through two world wars and 20 U.S. presidents. She witnessed the invention of the automobile, the airplane, the TV as well as the Internet.

In 1922, Jones moved from New Jersey to New York after graduating from high school. Guiness World Records and Vandalia Senior Center in the New York City reported that she worked as a housekeeper and childcare provider in New York.

Jones, who earned a $50 weekly salary, managed to single-handedly support her three nieces through colleges. She had 100 nieces and nephews.

In her 2005 interview with the New York City Housing Authority, Jones said she had never smoked nor drank. The old lady believes loving relationships, sleep, clean living and positive energy are her tickets to longevity.

“I surround myself with love and positive energy,” Jones said.

“That’s the key to long life and happiness,” she added.

Jones was officially recognized as the Guinness’ oldest recorded person on the planet in 2015 following the death of 116-year-old Jeralean Talley in Detroit.

With Jones’s passing, Emma Morano, a 116-year-old lady from Italy, is now the presumptive oldest person in the world. Meanwhile, Israel Kristal, 112, is recognized as the oldest man in the world.

Jeanne Calment of France, who passed away in 1997 at 122, was the oldest living person recorded.