Home
News
Weird News
Women in Mexico Are Marrying Trees; Reason Behind It Will Surprise You

There are some couples who think differently when it comes to holding their wedding ceremonies. Some go on a skydiving to exchange rings with their fiancé while there are others who swim under the sea to exchange vows. There are a lot of special and bizarre wedding styles that a lot of couples think about. But have you attended a celebration where the bride gets married to a tree?

Recently, a group of women in San Jacinto Amilpas, Oaxaca, Mexico had a wedding ceremony that everyone will call “tree-mendous.” Instead of getting married to living creatures, they got married to trees. This is because the wives are all activists known as Bedani.

Brides were dressed in white gowns as they hug and kiss their beloved trunks and pledge their devotion forever. They are even holding a bouquet. 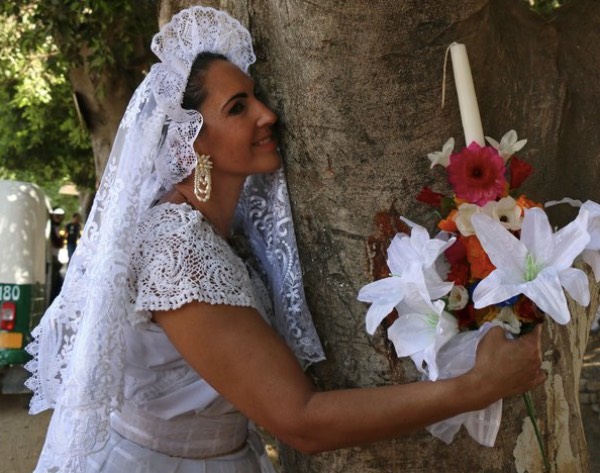 Dressed in white, these women got married to trees. [Image Credit: RT / Youtube]

These marriages are not a result of a failed dating prospects or because these women gave up on human marriages. The mass wedding called “Marry a Tree” aims to draw the attention to illegal logging, which is a serious problem in the country. In Mexico, a third of the land area is covered by forest but due to illegal logging, many forests are now left without trees.

There is a widespread problem with illegal logging, which is mostly controlled by criminal groups. Oaxaca is one of the five states hit worst by deforestation and these women activists are hoping to raise the profile in their attempt to protect the remaining trees. 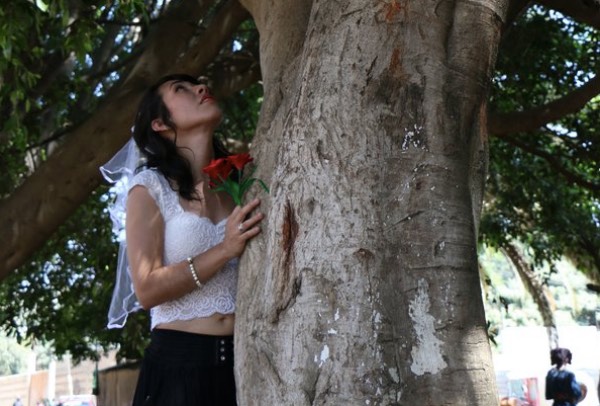 They did it for a reason. [Image Credit: RT / Youtube]

Marry a Tree started as a ritual of giving thanks to Mother Earth. The women had a symbolic wedding based on Inca customs led by Peruvian actor and environmentalist Richard Torres.

One of the tree brides is Dolores Leycigi who voiced out that the wedding is a serious statement about the planet’s future.

Marrying a tree is a way of protesting, to say that we need to stop exterminating Mother Earth every day, every minute, every second. 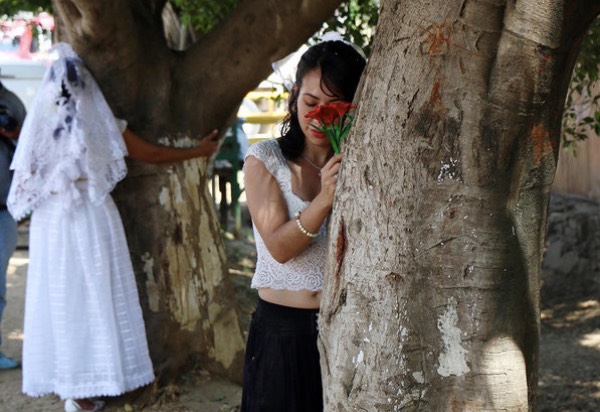 A Way of Protest

Although these marriages are not legally binding and they will not adopt the last name of the trees, the activists believe that getting hitched with a tree is a serious commitment.

I thought it was very interesting that we have a commitment, not only with this tree, but with all of nature. I thought about how much we’ve already damaged nature, so I decided to come and get married.

Do you think there is another way to put a mark on illegal logging?
What do you think is the best way to end deforestation? Let us know in the comments section below!