When someone texted Caila Arceo using her full first name, writing “Hi Maria Celia”, she was so surprised that her instinctive reaction was to reply, “Tang ina buong buo ah!” She probably thought it was a friend who was trying to tease her.

Seconds later, however, she would regret her response when the texter’s full message arrived: it was from a job recruiter, inviting her to an interview! Ooooops. She immediately apologized but netizens were soon caught up with the story and waited with bated breath what would happen next. 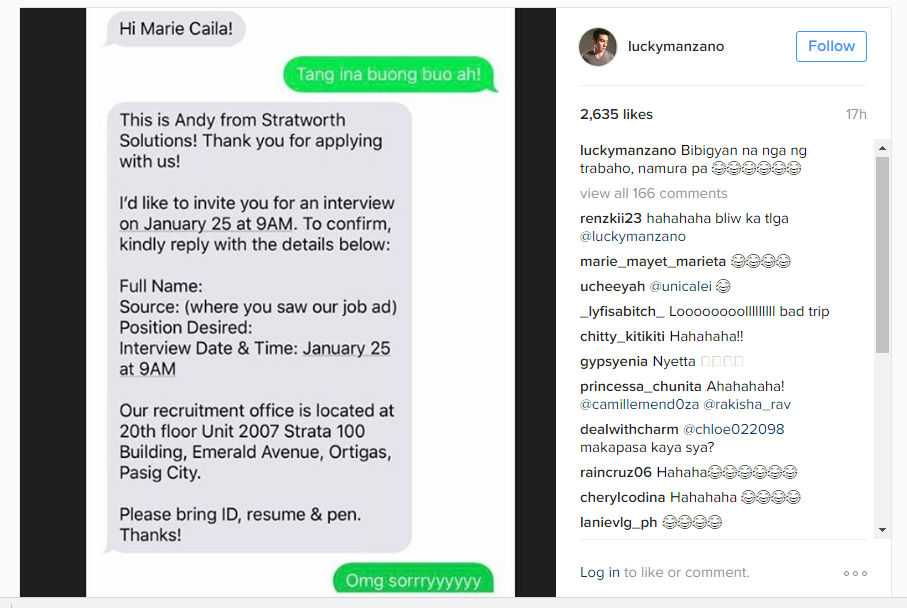 Would the job recruiter get angry or turned off with her response and cancel the interview?

Well, we can’t really blame the recruiter; though it seems that he was also amused with the exchange. In fact, Reinmar Llamado would also post the text exchange on Facebook; though the placement of the messages were a little skewed on this one so that Caila’s first message appeared only after the recruiter had posted the job interview invite. Oooops! 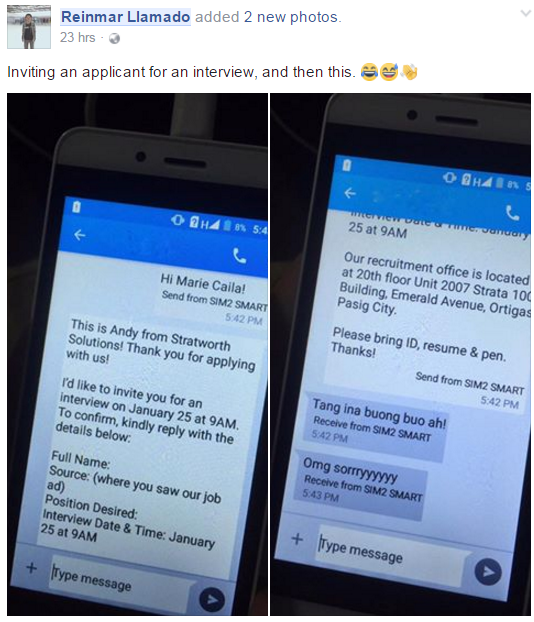 After Caila’s screenshot of the exchange went viral on Facebook, the company sent her another message and used the same in a public post. The company, Stratworth Solutions, Inc. thanked Caila for making them go viral and informed her that she’s still scheduled for an interview the following day. Whew!

Good luck, Caila! We hope you get the job!

A job recruiter is simply someone hired by a company to recruit people to fill in vacancies in the company or business organization. Depending on the company as well as its budget, the job recruiter might already be given a list of people to check on based on applications from recruitment kiosks or they might have to actively look for candidates.

Part of the recruiter’s job is to screen the candidates for the job as well as negotiate salaries and place the qualified candidates into agreeable employment positions in the company.