Just a few days after the headless body of a woman was found at the side of a quiet street in Bulacan, Philippines, a woman’s head was spotted floating at a creek in Makati City.

The body found in Bulacan last Thursday did not have other wounds in the body and, as of press time, has not been identified yet.

On Saturday, at around 1:00 PM, construction worker Rodel Drece was working on a retaining wall at the boundary of Barangay Pitogo and Barangay Pinagkaisahan when he spotted the head floating in the creek. 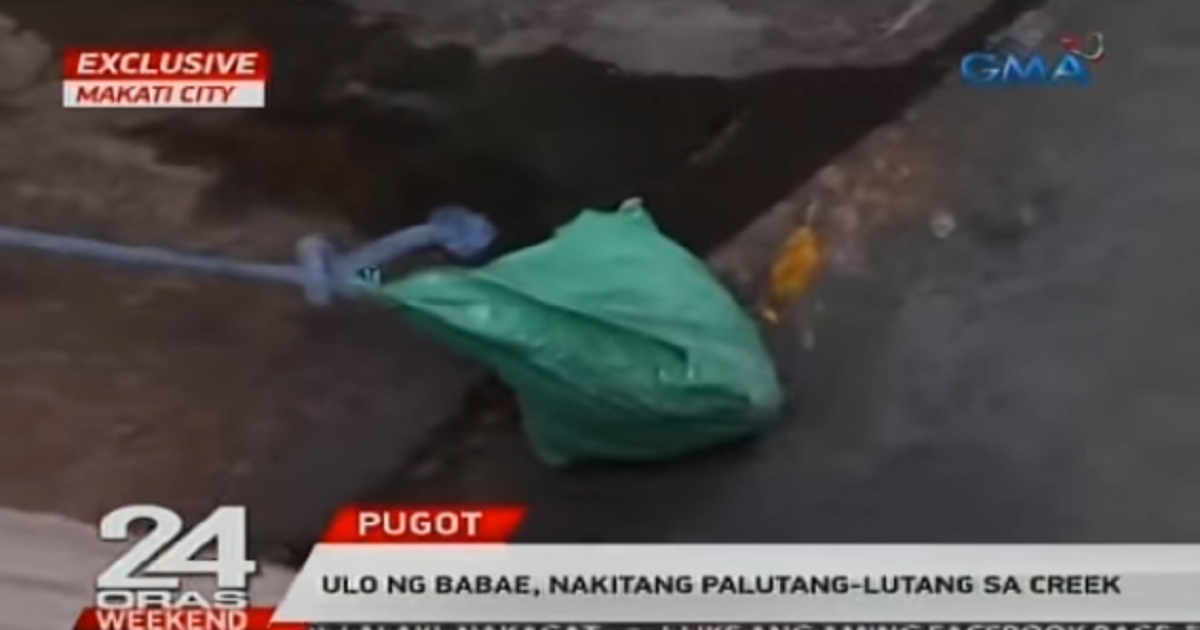 At first, Drece thought that the head belonged to a mannequin but upon seeing that it had blood at the neck part, he realized it was a real woman’s head! Drece quickly ran away and shouted for assistance.

Cops quickly arrived and secured the head in a sack before fishing it out of the water. Based on preliminary investigations, the cops believe the head had been thrown at the creek that day since the head did not look like it had been soaked for a long time.

Investigators working on the case of the woman’s head will now coordinate with those investigating the headless body. DNA tests will prove whether the head matches with the body but netizens are hoping this head truly belonged to the woman’s headless body in Bulacan so that, somehow, she could now rest in peace.

For now, the head was turned over to Veronica Memorial Homes in Pasay City.

A mannequin is a life-sized dummy often used in shops to sell clothes or showcase the store’s best outfits. Mannequins vary in forms and final appearance – with some having faces and hair while others are just faceless heads with no hair. Some mannequins don’t have heads.