Falling off a mountain isn’t exactly something to be proud of – but one woman took the situation lightly as she posted a hilarious review about the leggings she wore on that fateful day. Apparently, despite rolling down the mountain, the leggings didn’t even rip! Whoa.

What would you do if you fell off a mountain? Well, that depends on how high the fall had been and what happened afterward.

But one woman had made the situation look like it was no big deal after she posted a hilarious review for her leggings when that happened to her. 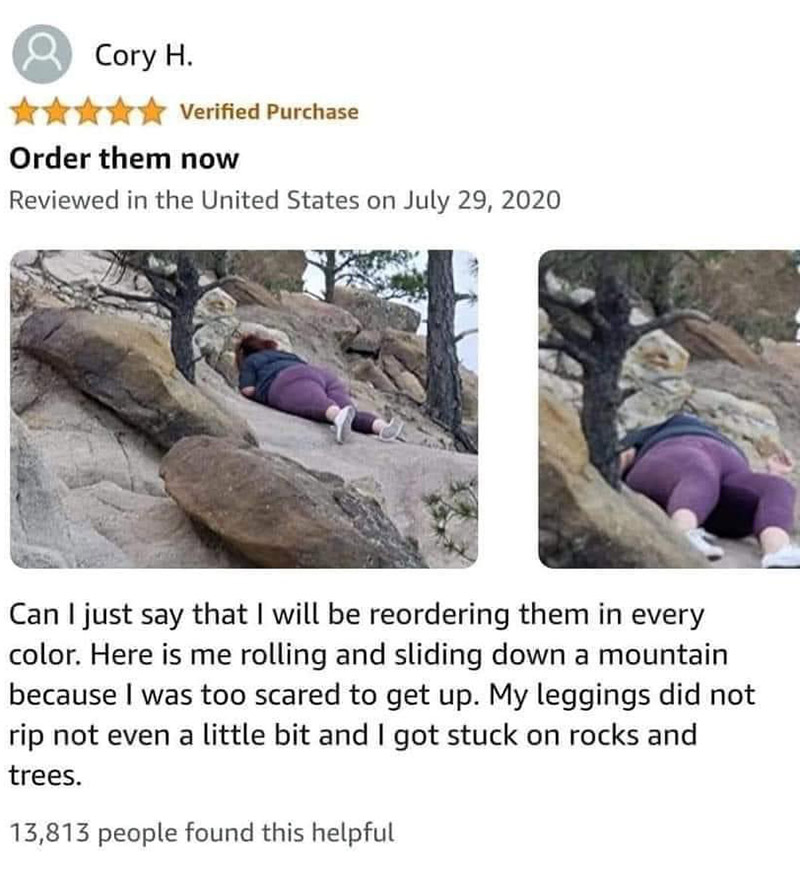 The woman, posting on Amazon as Cory H., shared some photos of a woman whom she claimed to be herself lying on the ground. It was posted as a review for a pair of RAYPOSE leggings worth $13.99.

“Can I just say that I will be reordering them in every color. Here is me rolling and sliding down a mountain because I was too scared to get up. My leggings did not rip not even a little bit and I got stuck on rocks and trees,” Cory H. wrote.

The 5-star review draw so many curious folks, with over 15,000 people claiming that her post was quite helpful for them.

After reading the stellar review, one woman even got herself 5 pairs – and proceeded to copy what happened to Cory H., albeit on a safer, much lower ground than the mountain she had fallen off. 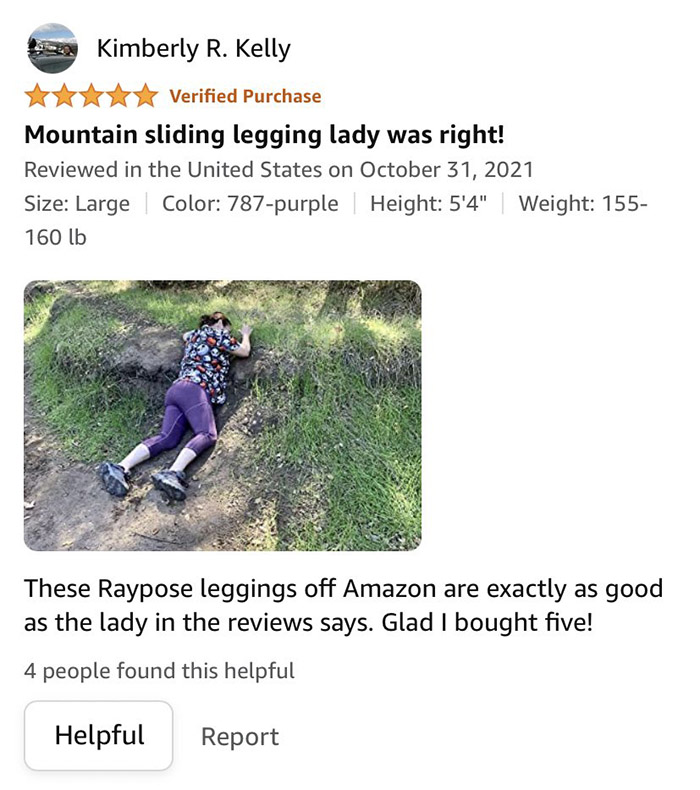 “Mountain sliding legging lady was right!” wrote Kimberly R. Kelly who also posted a photo of herself lying face down on the ground with the leggings still intact, too. LOL

“These Raypose leggings off Amazon are exactly as good as the lady in the reviews says. Glad I bought five!”

Leggings are clothes or leg coverings that are designed to fit snugly while contouring around a person’s legs and hips. It’s usually worn by women but can also be used by men.