In the Philippines, there are a lot of vehicle owners who don’t really follow the proper rules in traffic and parking. Many just do whatever they wanted, even if that meant it would lead to more traffic in the area just so they can park at their convenience or go through the way they are not supposed to pass.

This is a major problem in many places across the country, but is most especially difficult in Metro Manila where there is a huge problem in traffic. Not only are there too many vehicles on the road, there are also too many drivers who just don’t follow the rules, parking wherever they please – and they are also the ones who get angry when they get a ticket or their vehicles get towed and clamped. 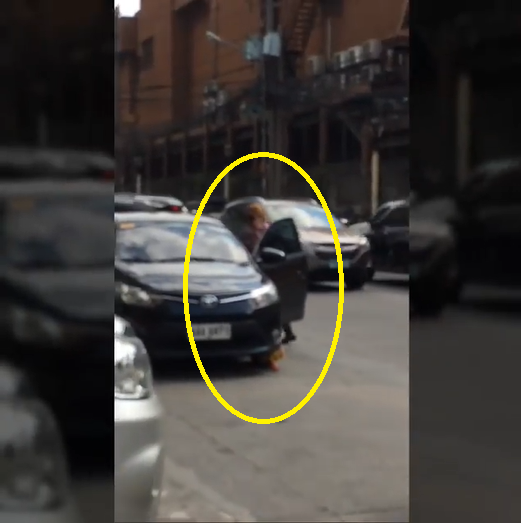 Just recently, one woman went viral on social media after she went hysterical and fought the village watchmen who clamped her illegally parked car.

As can be seen in the video shared by a certain Franceska Silva Ravela on Facebook and was later reposted by page, Rodrigo Duterte 16th President.

In the clip, the woman’s Toyota vehicle was obviously parked illegally and was actually on the road, hogging one lane. Barangay tanods (village watchmen) put a clamp on the car, much to the unnamed woman’s anger.

She went inside the car and honked her horn may times in an attempt to get the watchmen to remove the clamp. When they didn’t do it, she got out of the car and fought with them, kicking one and shouting at the top of her lungs — and causing more traffic in the area. 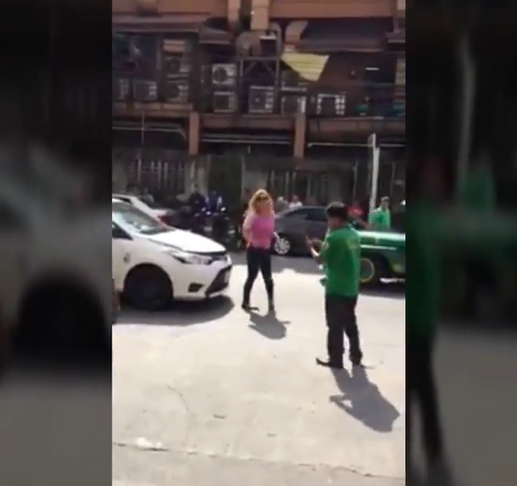 But netizens got a good laugh when the woman sat in the middle of the road like a child throwing a tantrum because she didn’t get her way.