Since she was 17, Betsy Ayala focused her time and love for just one guy who would become her husband but as years went by and she put on some pounds, his love for her began to fade.

In 2013, the 34-year-old Ayala had just given birth to their daughter Isabella when she discovered text messages her husband exchanged with a co-worker. In those texts, it was clear that the two were having an affair.

But what Ayala couldn’t accept is that her husband and mistress were calling her a cow behind her back, laughing at her weight and simply having a good time at poking fun of her.

Shocked and angry over the betrayal, Ayala decided that the only way she could get back on them was to lose weight. She weighed 262 lbs (118 kg) then. 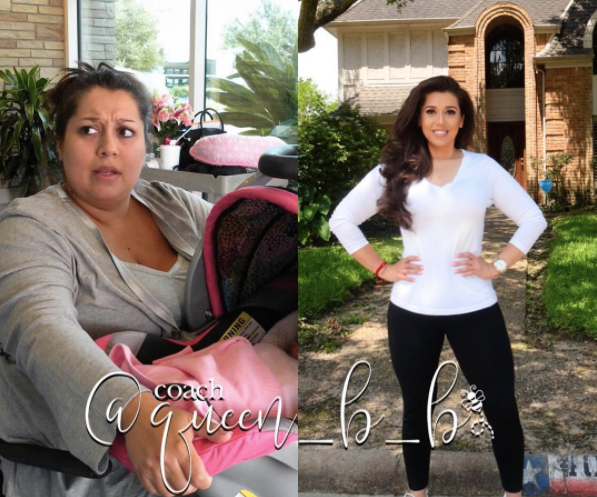 Her husband’s betrayal would become the main reason for her to lose weight but the process was bitter. She would go with her sister to the gym and changed her diet but at the end of each workout session, she would cry herself out.

But as the months passed, she realized that the betrayal was the eye-opener she needed to become healthy. So, she changed her outlook and began to think of her weight loss journey as something for her daughter – and her improvement became a source of joy to her.

After letting go of the bitterness, she was able to move on from her husband’s cheating and become confident in herself as a woman, as a mother.

#TransformationTuesday ???????????? … Why can’t I eat whatever I want like that girl and be thin? It’s ok my day was so stressful I’ll “treat” myself and start again on Monday! I don’t need a shake or help I can do this “naturally” and by myself. I’ll start as soon as I get the gym membership. I’ll start as soon as I buy that fancy treadmill. It’s my birthday month l’ll start next month. It’s the holidays I’ll start January. ???? All things I would tell myself over and over and over for like 20+ years. Until in all honesty my life fell apart and this amazing company found me exactly when I needed it the most. The question I get asked the most … YES I lost all 102 lbs on Herbalife and if it works? Well I think results speak for themselves. When I came to terms with my reality I gained the power to change it the moment what I wanted was bigger than my excuses. ???????????????? ———————————————— #Consumers who use Herbalife Formula 1 twice per day as part of a healthy lifestyle can generally expect to lose around 0.5 to 1 pound per week. Participants in a 12-week, single-blind, study used Formula 1 twice per day (once as a meal and once as a snack) with a reduced calorie diet and a goal of 30 minutes of exercise per day. Participants followed either a high protein diet or a standard protein diet. Participants in both groups lost about 8.5 pounds.

There are times when she would show her old photos to Isabella and the girl would tell her she couldn’t imagine her mom to be that big. Her weight loss journey is a success and she now sees her husband’s actions as a blessing in disguise.