We all wish for our relationships to last forever; however, that does not happen all the time. Many relationships are eventually broken – and even friendships with these ex-partners fail. But it is beautiful to hear stories of former couples still being friends and even sharing sweet friendship with their respective new partners.

Even if they can’t stay in love, that didn’t mean they can’t be friends! After all, they did share a lot of great memories together – and they have a wonderful son. 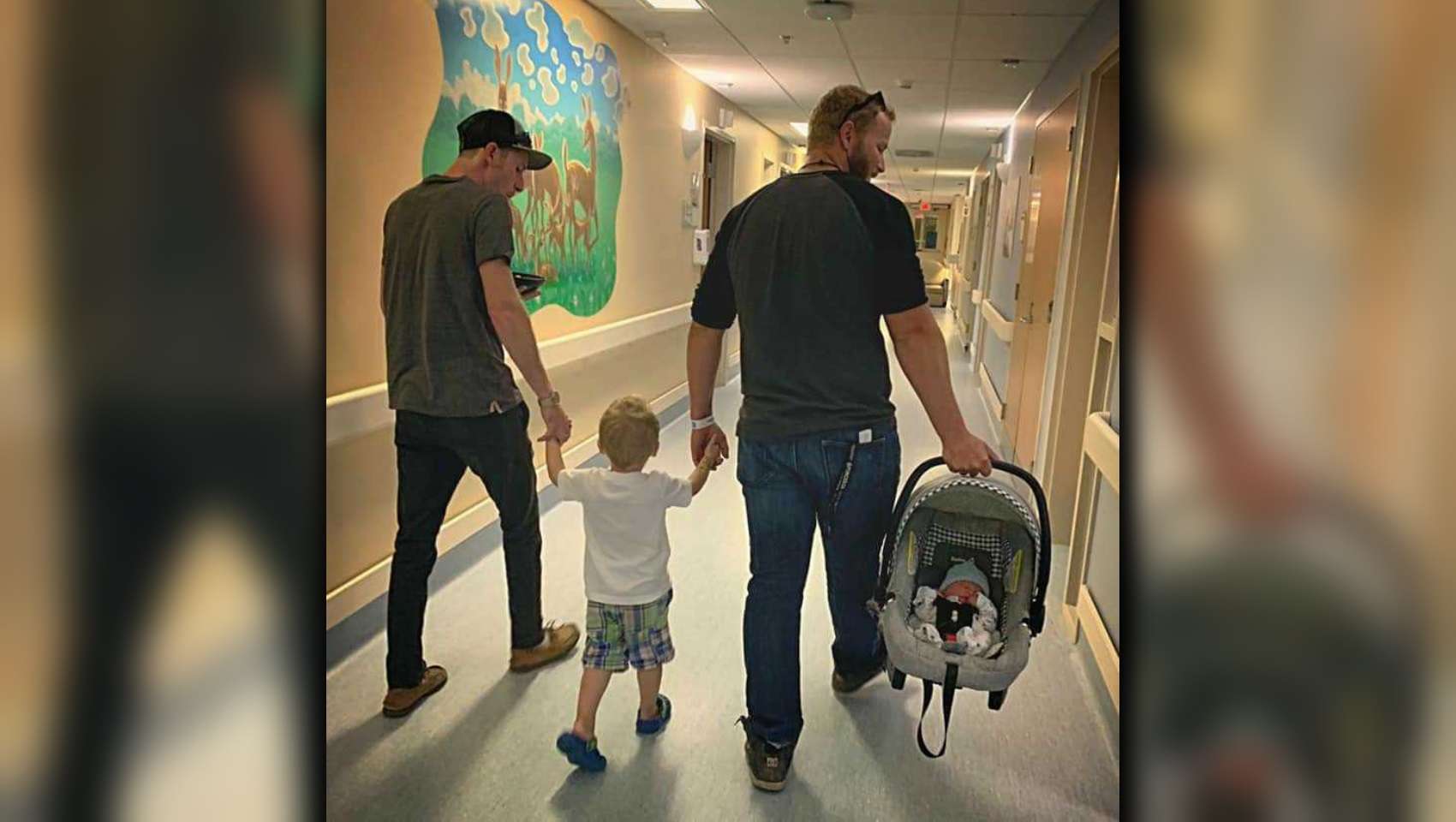 What’s even more impressive is that Madison and her former partner didn’t just remain friends, he also became friends with Madison’s current partner and now fiancé! This goes to show how matured they all are, and how they all want the best for their children.

The happy woman captured a photo of the unusual relationship, sharing the sweet picture of her fiancé holding their newborn baby in a carrier with one hand and her son Cade in the other hand, while Cade holds his dad in his left hand.

“Just because a relationship doesn’t work out between two people DOES NOT mean the relationship with the child shouldn’t. I would never take that away. Every child needs a mother and father figure and my son Cade just happens to get some extra love,” Madison wrote in a post she shared on social media.

“Be civil and co-parent. If you made the child together it’s both your job to raise the child.”

Co-parenting in the modern sense is the relationship wherein two adults share parenting duties even without being together as a couple. The children might be theirs or adopted but the two (or more) parents agree to remain civil for the sake of the kids they are raising.

Share this:
Tags:co-parenting, co-parenting for the kids, ex-lovers but best friends, friends