A woman pretended to be her best friend for 2 years to scam a guy who liked her! But after 2 years, the guy finally realized that something was wrong and was able to contact the woman he was supposed to be in a relationship with all these years…

Vania and Yana have been best friends since they were still young children. For 11 years, the two grew up together and were so close that each knew the other’s family. Their respective parents were happy that they are best friends and treated each one as an additional daughter.

Now both adults, the two still hang out with each other. But Vania did not imagine that her best friend Yana would pretend to be her for 2 years, just to scam a guy who liked her!

Vania recalls that she met a guy named Tim some time ago; he is a friend of Yana’s boyfriend. They met a couple of times in the past but lost touch, mostly because Vania wasn’t really interested in him.

Imagine her surprise when Tim called, asking weird questions. He said that he got her number from a mutual friend.

“Is this the only phone number you own? Is your mother currently in the hospital?” Tim asked.

Since they barely knew each other, Vania told him that such questions are not really appropriate to ask an acquaintance, but he sighed and told her that Yana must have been using her identity for 2 years! Tim said that Yana made him believe that he and Vania have a relationship by using Vania’s identity.

Confused, Vania asked him to explain. His story was so bizarre that she refused to believe it at first – until he sent her screenshots of his conversations with Yana who was pretending to be her.

It turned out that Tim liked Vania. He told Yana and her boyfriend about it – and Yana promised to play as ‘bridge’. But she knew that Tim isn’t Vania’s type, so she got another number to message him as Vania. 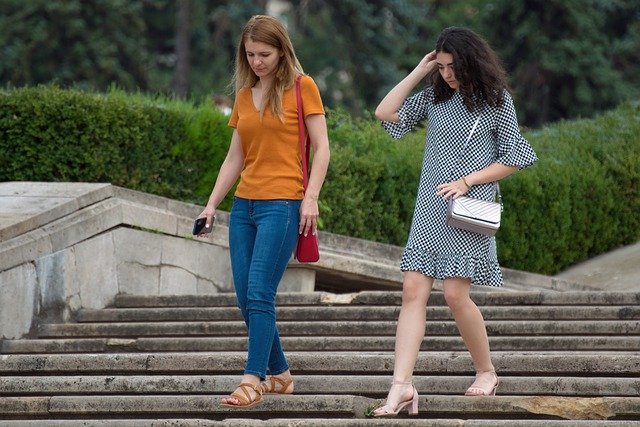 She would later claim that she first did it out of pity for Tim because she doesn’t want him to know that Vania doesn’t like him. But the lie would grow as he sweetly tried to court her. Soon, Vania (but really just Yana) became Tim’s girlfriend.

One day, ‘Vania’ asked him for help because she’s facing some money problems after getting blacklisted for some tax issues. She might be jailed for it unless someone helps.

Taking pity on Vania for having so many problems that prevent her from being happy, Tim offered to help by sending her money. But she told Tim to send the money to Yana’s account because hers was frozen by the bank due to the money issues.

Since then, every time he sends Vania some money, it would all go through Yana for the same reasons. For a period of 2 years, Tim had sent a total of RM10,000 ($2,350) to ‘Vania’ through Yana. She had also received or borrowed nearly RM100,000 ($23,460) from his cousins and other family members who also took pity on her situation.

Imagine Tim’s surprise and anger to discover that it was actually Yana behind all the stories that ‘Vania’ told him. The real Vania had no idea what was going on – and she was horrified that her best friend of 11 years could actually do this behind her back!

Everything came crashing down but Vania had no choice. She filed a case against Yana. She mused how crazy it seems that her best friend would do this. But she can’t also just forgive her friend because she was able to do this for 2 years, ruining Tim as well!

How to Avoid Getting Scammed Online

Scammers can be so cunning. That’s why it’s a good idea to be wary when getting messages from someone you met online.

To avoid scammers, try these tips: