A woman opens an emergency exit and proceeded to walk on the plane’s wing at an airport in Ukraine. The pilot called the police, border control, and an ambulance, but the woman calmly walked away, explaining that she was just ‘feeling too hot’!

Most of us don’t really know how the plane works or every bit of detail inside the plane. But we all have the common sense not to open doors or latches that are closed, unless it is the toilet door inside the aircraft, of course.

But one woman sparked trouble after opening the emergency door and walking on the plane’s wing, all because she was ‘feeling too hot’. The woman was on board a Boeing 737-86N of the Ukraine International Airlines (UIA). 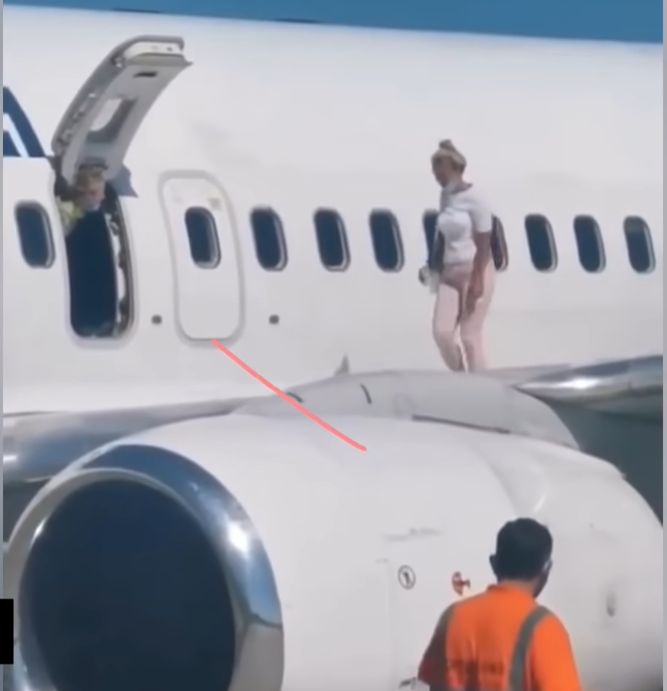 They flew from Turkey but after arriving in Boryspil Airport in Kiev, Ukraine, the woman left her two children to open the latch of the emergency door to ‘cool off’. Her children were surprised by their behavior but readily admitted to the police that she is their mother.

The kids were left gawking at their mother’s behavior, leading to the authorities imposing a permanent flying ban against the woman for setting a bad example to her children. A high financial penalty was also imposed to ensure that this does not happen again.

The authorities also ordered the woman to undergo alcohol and substance tests. They were quite surprised to learn that she tested negative. 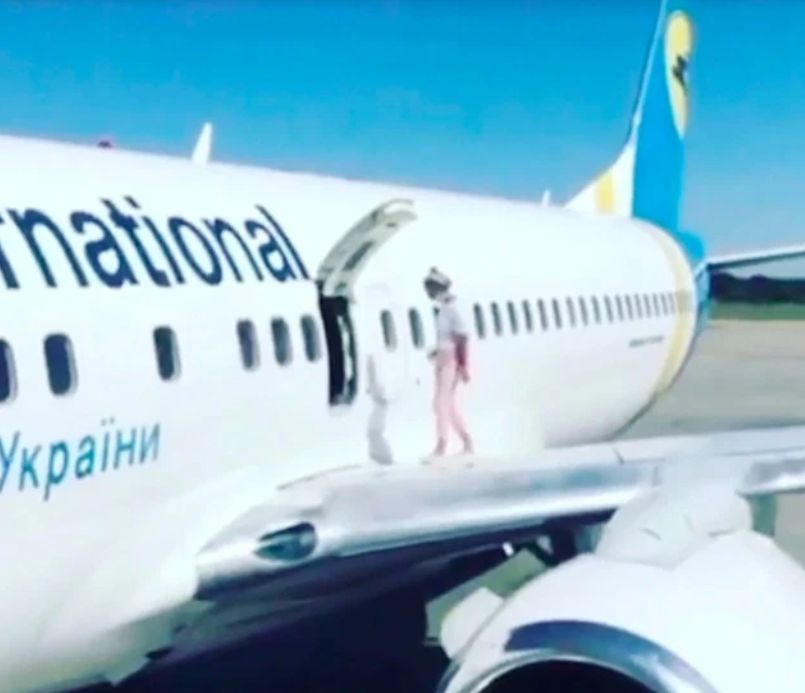 Though her claim appears valid and that she really was just ‘feeling too hot’ inside the plane, the authorities are treating this incident as strictly as possible so that this would serve as lesson for others to obey airline rules for everyone’s safety.

A tourist on the same plane revealed that the woman walked from the tail of the plane towards the emergency exit and simply opened the latch to walk out the wing before anyone else could react and stop her.

Here’s a video taken from someone outside the aircraft:

What Happens If You Open a Plane Door Mid-flight?

Interior pressure makes it next to impossible for someone to open a plane door mid-flight, but should that person succeed, he/she would surely be blasted out of the plane due to sheer pressure. Anyone or anything near that open exit door will also be ejected into the sky.

The plane itself could start breaking apart from the pressure, especially if this happens at very high altitudes.