A thrill-seeking woman nearly lost her life after bungee jumping off a bridge – only for her to face-plant of the shallow water because the rope was too long and the rope brake failed.

The incident happened at La Negra bridge in the province of Florida, Bolivia. In a now viral video taken during the incident, the unnamed young woman could be seen standing on top of the bridge while a man put the necessary safety equipment on her body.

The smiling woman could be seen wearing a helmet and excitedly waiting for the go signal for her to jump. 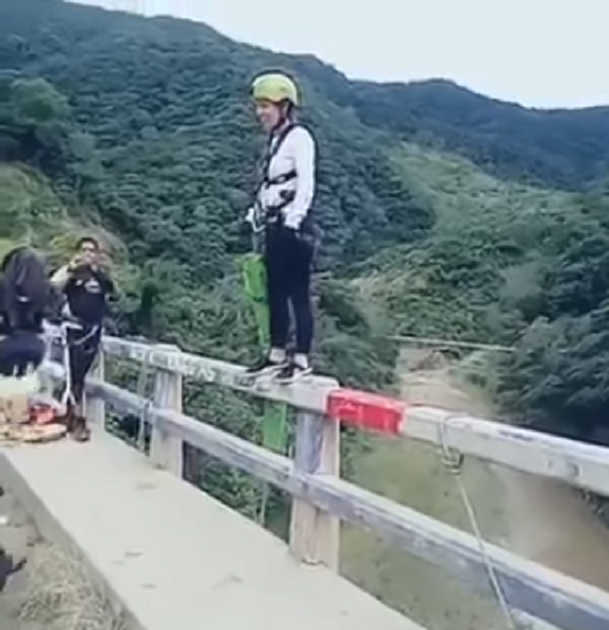 Much to the spectators’ horror, the woman wasn’t moving.

Thankfully, some people were there at the river and were able to fish her out or she could have drowned! 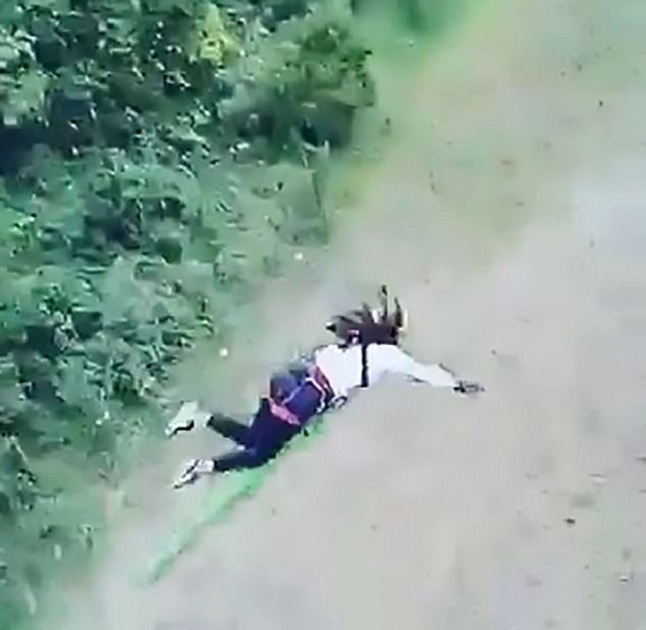 “It is not very common to see this kind of sport here. We saw the lady jumping and for unknown reasons she ended up crashing against the riverbed, as it was not deep enough,” Shyrleny Cuchallo Ribera, one of the witnesses recalled.

“It was so sad to see a young woman in such pain. They should have taken more care with this kind of risky activity.”

The woman was rushed to a private clinic by Andean Trek; the company paid for her medical expenses. She’s quite lucky to have survived the accident! She was released a few days later.

“[The accident] was a human mistake. Somebody did something wrong. We are checking the videos in order to know who or what released the brake of the rope,” said Andean Trek director Oscar Sandoval.

“It is the first time something like this has happened to us; we have a lot of years of experience.”

Watch the footage of the incident here: