Home
Lifestyle
Travel
Woman Nearly Bitten by Seal She Touched at Beach, Gets in Trouble with Authorities

A woman who claims to be a nature lover touched an endangered monk seal at a beach – and she nearly got bitten by the sea creature! But that’s not all. She and her husband are now in trouble with Hawaiian authorities after the video went viral. Uh-oh.

Ignorance of the law excuses no one – and that’s what a woman and her husband learned the hard way while having a vacation in Hawaii. 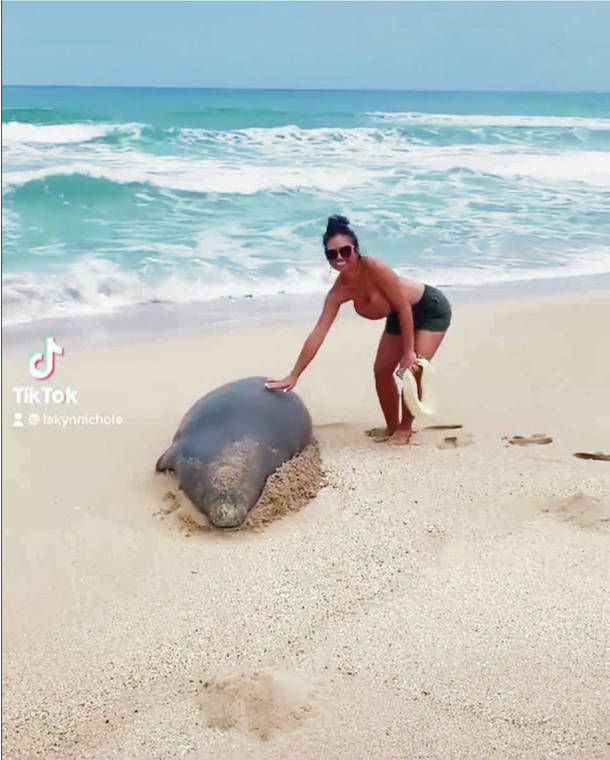 There are laws that prohibit people from harming or disturbing Hawaiian monk seals. Apparently, touching them is also against the law! People are advised to stay at least 50 ft away from these endangered sea creatures.

But a pair of tourists from Louisiana, Stephen and his wife Lakyn, didn’t know about that and were too excited after seeing the animal that they decided to take a video of Lakyn touching the animal.

In a video, Lakyn could be seen striking a pose with the sea creature, touching its back. But the basking Hawaiian monk seal got angry at the intrusion and snapped at Lakyn! 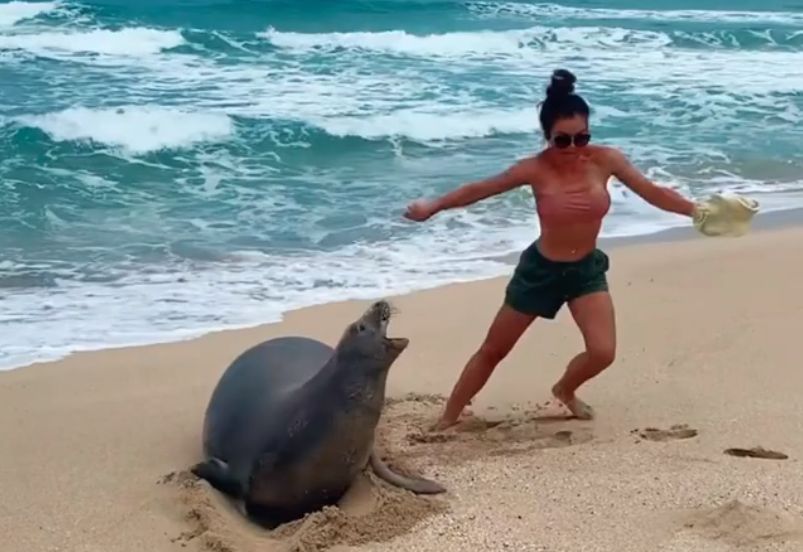 The tourist nearly got bitten by the sea creature and she ran away as fast as she could. It was lucky for her that the seal wasn’t interested in running after her.

The couple must have thought it was hilarious, so they shared the video on TikTok. But the video would soon anger the locals and found its way to the authorities.

According to reports, the couple were fined an undisclosed sum and could face some jail time.

Hawaiian monk seals are endangered species. They are endemic to Hawaii (they are only found in Hawaii). Sadly, there are only about 1,400 of them left in the wild and the numbers are dwindling so that the local authorities have stepped in to ensure that these endangered creatures won’t be gone forever.

Touching or harming the creatures is considered a Class C felony. Violators can face a fine of up to $50,000 and serve jail time for up to 5 years.