According to the report posted on radio station’s Facebook page, the 37-year-old woman was married but her husband is currently in the country’s capital, Manila.

One day, before her husband’s scheduled homecoming on January 5, 2016, the woman already showed symptoms of pregnancy. Seemingly with morning sickness, the woman would frequently vomit and found it difficult to eat because of her worsening condition. She also complained of stomachache.

The woman’s parents reportedly brought her to 3 different hospitals but not one could provide them a clue to her condition. When a pregnancy test came back positive, they scheduled an ultrasound but doctors could not confirm whether she was carrying a child since the fetus did not look like a typical baby but had a long body.

Fearful for their daughter’s life, the woman’s parents brought her to faith healers. They went to a total of 7 witch doctors but only the last one positively told them he could heal their daughter.

The woman underwent ‘treatment’ for a month under the last witch doctor. Then, on February 16, Tuesday, with the assistance of the witch doctor who encouraged her to ‘push’ the baby amid birthing contractions, the woman allegedly gave birth to a creature which looked more like a snake than a baby! 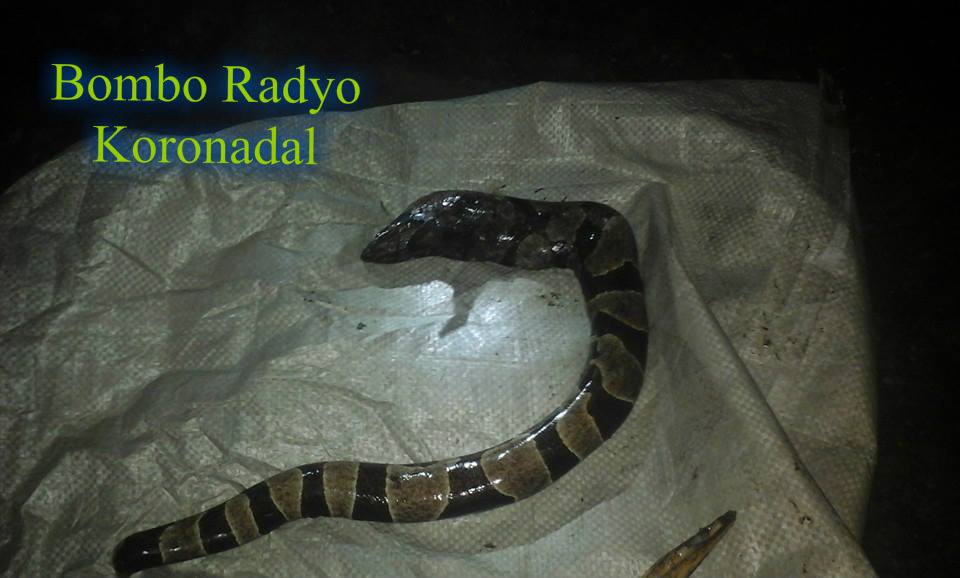 The birth was supposedly witnessed not just by the witch doctor and the woman’s parents but by other relatives and onlookers as well.

According to the report, the woman is now recuperating and the family had requested for their identities to remain anonymous.

Mythical Creatures in the Philippines

Filipino folklore is very colorful as it is filled with various mythical creatures – both good and evil. There are many types of these often scary creatures but ‘aswang’ is the central, most ‘popular’ creature of all.

‘Aswangs’ are supposed to change shape, depending on their fancy but are often believed to come in the form of a huge animal (often a dog or bat). These vile creatures are believed to fancy pregnant women so they could feast on the fetus.

Other Filipino mythical creatures include the ‘mananangal’ (an aswang that could fly but only with the upper part of its body, the lower part is supposed to stay on the ground), ‘tikbalang’ (a kind of centaur), ‘tiyanak’ (evil dead babies), and the ‘kapre’ (dark, filthy giant living/hiding in giant trees like the ‘balete’).