Angelina Jolie is considered to be among the world’s sexiest women. So, it comes as no surprise that many ladies wish they looked like her but one woman had gone too far in idolizing the Hollywood star, choosing to undergo at least 50 cosmetic operations to look like Jolie.

Sahar Tabar, 19, is an Iranian woman who idolizes Jolie so much that she willingly spent a fortune just to look like her favorite star. But after 50+ cosmetic procedures, many people think she looks more like the titular character on Tim Burton’s 2005 animated movie “The Corpse Bride” than the face of Angelina Jolie she had been aiming for.

Aside from undergoing cosmetic procedures, Tabar also reportedly lost over 80 lbs just to look more like her favorite star. 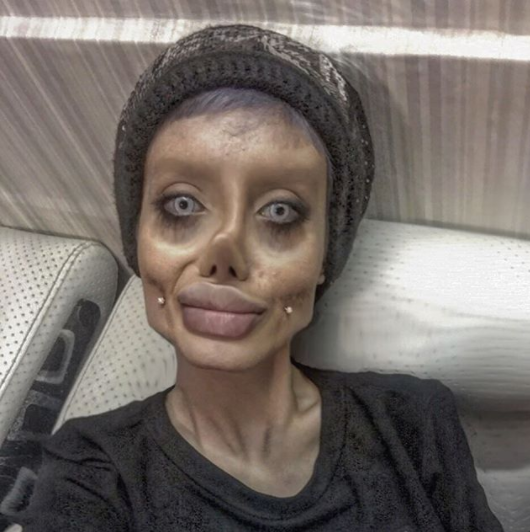 Tabar does have Jolie’s pouty lips but hers looked more pouty that it has become similar to those of the ‘human Ken Doll’, another person who loved to undergo cosmetic surgery just to look like someone popular [he obviously wants to look like the Ken doll, Barbie’s partner].

She also had her cheekbones chiseled similar to that of Jolie and even had some muscles on her cheeks removed so she could have that huge ‘dimple’ on Jolie’s face – and she actually achieved that portion yet we can’t say the same with the other parts of her face.

It seems that she even had her eyes tattooed; although we strongly hope this was just strange-colored contact lenses as the getup made her look more like a ghost [well, like the Corpse Bride] than Jolie. 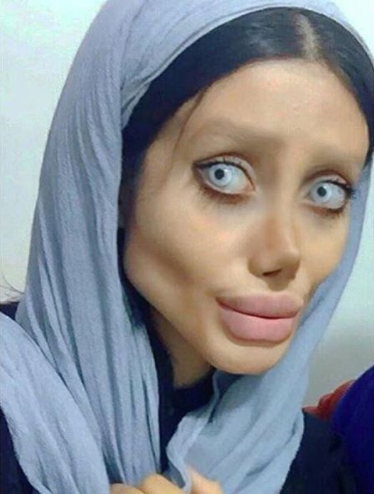 Perhaps the only good thing this rather strange look had gotten Tabar is that she has become a huge social media star, with over 300k followers on her Instagram account. That’s actually quite a surprising lot, considering she only has 34 posts on her page.

But have you ever wondered how she looked before she wanted to become like Jolie? Here’s her ‘before’ photo: 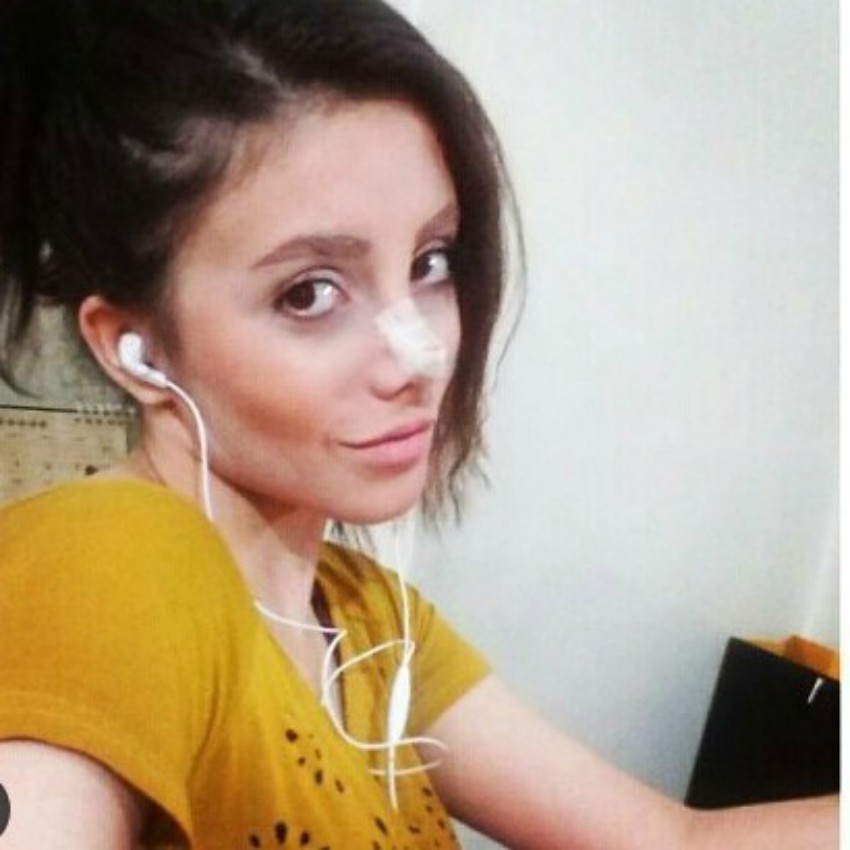