Laura Abarca-Nogueda, 27, was murdered in her home in Wichita, Kansas. The incident sparked a desperate search for her 6-day-old baby reported to be named Sophia Gonzales or sometimes spelled ‘Sofia’ by the police and in news reports.

Police later found a lead that led to the arrest of 34-year-old Yesenia Sesmas in Dallas, Texas. The infant was unharmed and was taken into custody; she’s now in the care of her father and relatives.

Investigators discovered that Sesmas had planned the murder so elaborately that she even faked a pregnancy so people wouldn’t suspect that she stole someone’s baby. By the time she was ‘nine months pregnant’, she traveled to Wichita and murdered Abarca-Nogueda before stealing her baby. 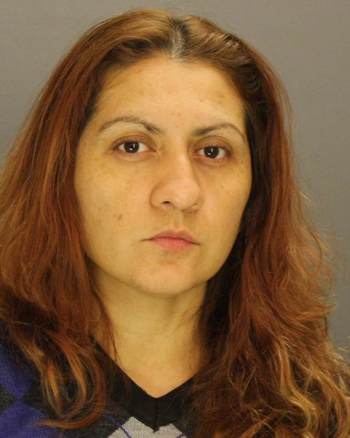 Wichita police discovered that Sesmas had previously lived in Wichita but had moved to Dallas some months ago. It is still unknown whether her move to Dallas was already part of her elaborate plan.

After her arrest, Sesmas admitted that she shot Abarca-Nogueda but said she didn’t mean to do it. The police also questioned three other people who lived in the same house with Sesmas but all were released and believed to have not known that the woman was faking a pregnancy and had planned on stealing another woman’s baby.

It was also revealed that Sesmas and Abarca-Nogueda are not close friends; though it seems that they had known each other for some years when the suspect was still living in Wichita.

The cops also discovered that this was not the first time Sesmas did this. In July, Sesmas had reportedly hit a 37-year-old woman and tried stealing her baby. Sesmas also kidnapped the woman and two other people but they managed to escape.

Abarca-Nogueda’s family had set up a Go Fund Me account for her funeral expenses as well as to cover for the immediate needs of the baby. The campaign has received $14k of its $15k goal.

What is Pre-meditated Murder?

This is the type of murder where the suspect had planned on carrying on the murder; this means that this was not an accident or done in self-defense.