There have been debates about this, but a lot of animal experts believe that there are animals who can actually understand human language as we say it, not just the tone of our voice or our body language.

And while a lot of people remain skeptical, one woman recently proved this after stray cat helped her find her lost pet cat. 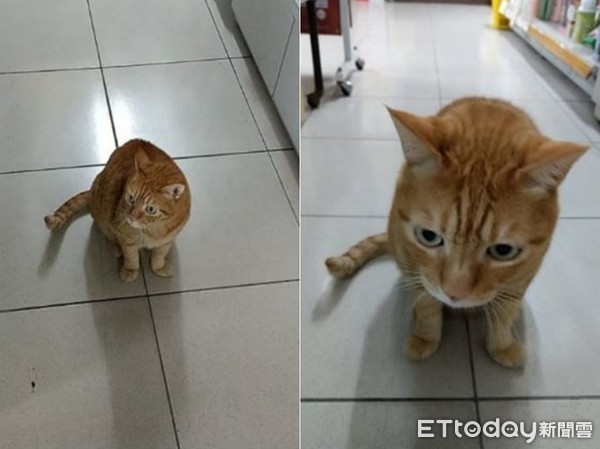 When YiFen Tan of Taiwan lost her 13-year-old orange tabby named Lulu, she did her best to find the feline that she considers her best friend and baby.

Lulu loves to follow strangers around and befriend them, leading YiFen to believe that someone might have taken the cat or that it might be so old now that it might have forgotten the way home. 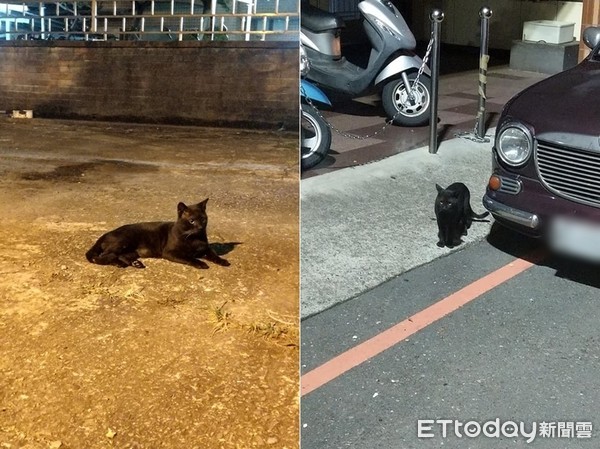 But YiFen did not give up on her baby. She made posters to search for the feline – and even filed a police report! During her free time, she would roam the streets around her neighborhood with her friends, calling out Lulu’s name in hopes that the cat would hear them and come home.

After several days of searching, a rather desperate YiFen was again out in the streets, bringing canine food as she searched for her cat in the streets at around 11 PM after a busy day at work. In one of the streets, she saw a black stray cat watching her intently. 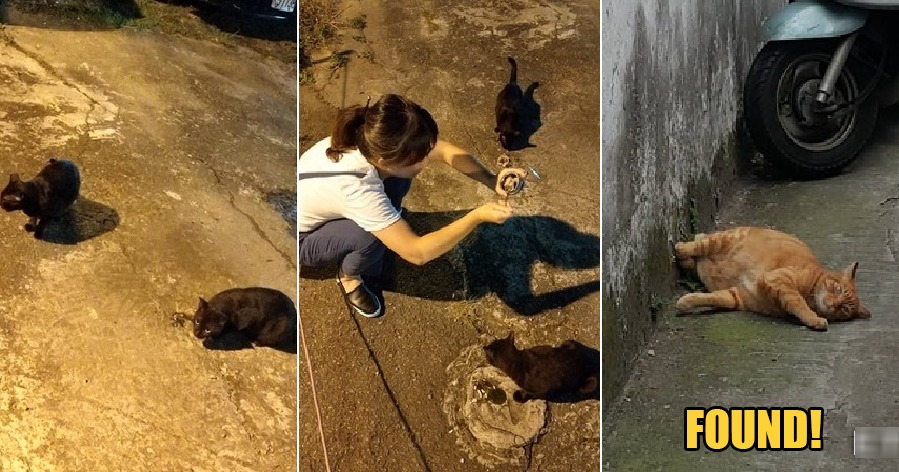 Though it sounded like a crazy idea, she asked the cat to find her lost pet, letting it smell some of Lulu’s litter and rattling the cat food to tell the stray this is going to be its reward. The kitty appeared to understand what she’s saying as it began to walk away, sometimes looking back to see if she was following.

Filled with hope, YiFen followed the cat. Around 500 meters away from the spot she had first seen the black cat, it stopped at a parking lot and stared at her again. YiFen and her friends shouted Lulu’s name again – and this time, the orange tabby came out of a hidden corner! 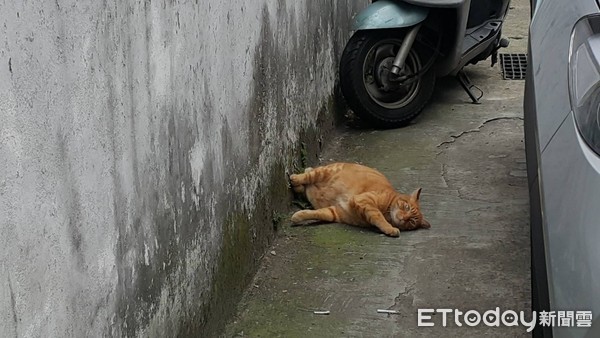 Lulu was followed by a black cat that looked like the twin of the first one YiFen had asked help from. She gave the cats the food she was bringing.

Wanting to thank them for their help, YiFen tried to bring the two black cats home but they refused to get inside her cat carrier. She realized they might just be guardians of the street. She promised to come back and bring them some food whenever she could – and also bring Lulu to say “hi!”

Black cats are often associated with witches and black magic, mostly because of their color. They are also symbols of Halloween.

But did you know black cats have managed to evolve to resist disease. Some researchers are now looking into using black cats as model to figure out how to solve health issues in humans.