A woman breaks down in tears after a chef was able to recreate her mom’s last meal from 5-year-old frozen leftovers from her fridge! Wow. This chef is impressive, huh?

For most people, the taste of their mother’s cooking is the best in the world! These foods might not be extra special to many but even the simple ones can hold so much wonderful memories. Some would say that even if they tasted so many other delicious foods, no one could match their mother’s cooking! Wow. 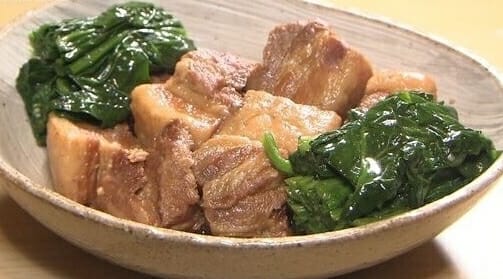 In Tokyo, Japan, 25-year-old Takaya Reiki kept a container of her late mother’s home-cooked pork porridge in her freezer for 5 years. The food is extra special to Reiki because it was the last meal that her mom had cooked before her untimely passing.

Earlier that day before she headed out to school, Reiki and her mother discussed what food to cook for dinner. They agreed on pork porridge. It was something that they do on a regular basis, but this time it was different.

When Reiki arrived from school, she found her mother passed out on the floor. She rushed to bring her to the hospital but it was too late. 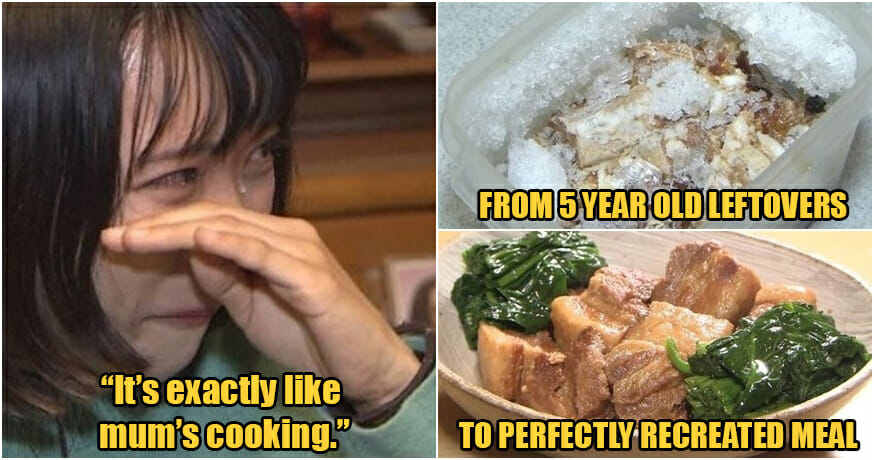 Knowing that she will never taste her mother’s cooking again, Reiki decided to freeze the last meal that she prepared. She wanted to still enjoy her mother’s food in the future, but never got around to touching the food. It stayed in her freezer for 5 years!

One day, she reached out to Japanese television show “Detective!” in hopes that someone could either recreate the meal or determine whether the food was still good enough to eat after all the years that passed. 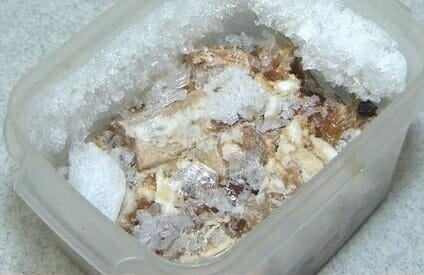 A biology professor inspected the meal. He said that there are signs of microbial adhesion on the food but believes that if properly recooked, some of it might still be safe for consumption.

The show also enlisted the help of a chef who was able to determine what was in the food that Reiki’s mother had prepared. After the meal was completely thawed, the chef cooked the meat in a pressure cooker. Then he added ginger, green onions, and some vegetables as side dish.

“It’s delicious, it really does taste like how mum used to cook it,” Reiki said after tasting the meal.

She and her father broke down in tears as they tasted the food. 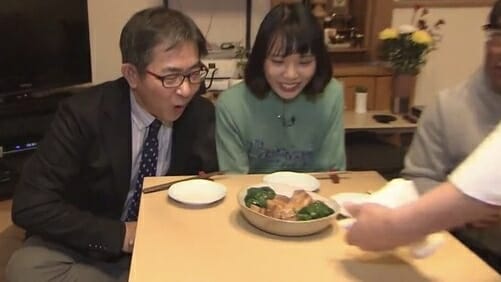 How Long Can Food Last in Freezer?

As a general kitchen rule, food should only be kept in the freezer for 3 months, maximum. After that, the food could already have ‘freezer burn’ and might not be safe to eat.