A woman in Indonesian brazenly crashed her ex-boyfriend’s wedding – and quickly became his second bride in an instant double wedding that must have surely shocked the original bride!

“My husband’s ex-girlfriend (Yuanita) found out about our plans to get married through social media, as many friends were congratulating us. Because of that, she asked to be his wife, too,” the shocked bride shared.

The guy admitted that he was surprised, too, because he hasn’t seen Yuanita since they broke up in 2016.

But Yuanita kept begging to get married to Korik, too. After a discussion with the families of the groom and the original bride Khusnul, it was agreed that Korik can marry both ladies in the ceremony. 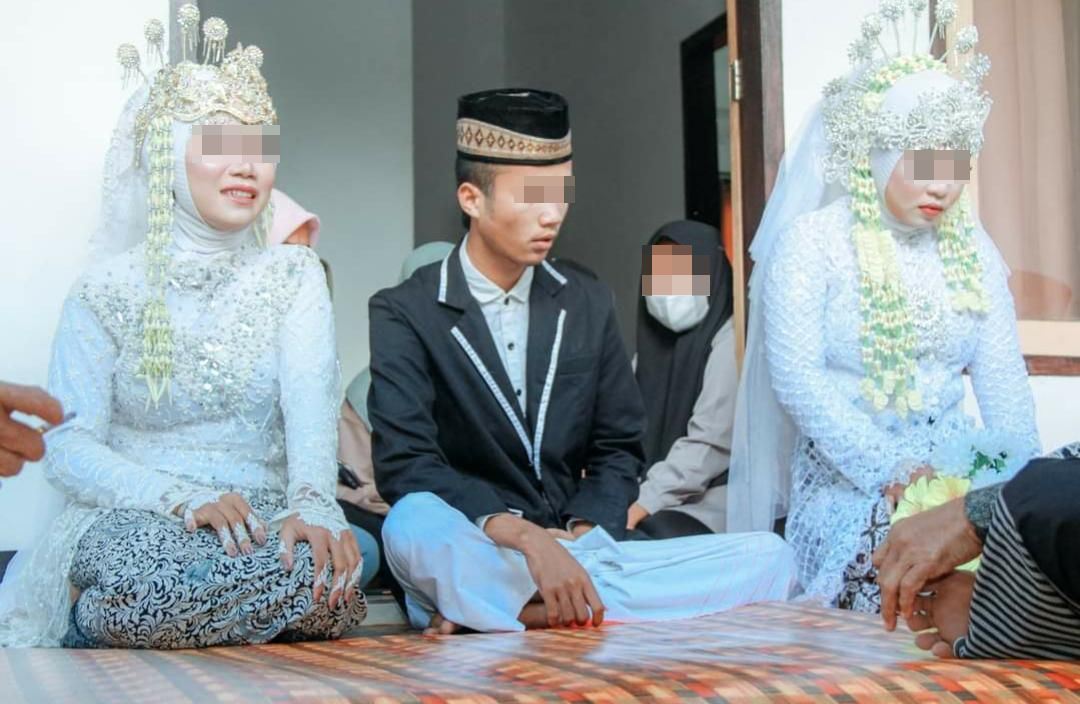 It was a shock for the original bride, of course, but she can’t go against the elders and had to proceed with the traditional ceremony.

“I wasn’t expecting it and was shocked. But, upon discussing with the family, I made the decision to marry both the girls,” Korik explained.

But he added that though he’s happy with having two wives at once, he’s worried about how he could feed his two families because he’s currently unemployed.

While there are some netizens who were amazed that this guy has two wives, a lot more were scratching their heads over the news that he’s unemployed. Why in the world are these two ladies scrambling to marry an unemployed guy greatly puzzles netizens. But others say it must really be true love for these women to marry him.

Double Wedding with One Groom

Polygamy is illegal in many countries but this is allowed in certain communities or cultures. For Muslims, polygamy is allowed as long as the first wife agrees to the subsequent marriages and the husband can support his many families.