After suffering from a fall and undergoing a surgery, a 70-year-old woman who had been blind for 20 years has miraculously regained her lost eyesight.

Mary Ann Franco from Florida gradually lost her vision after her spine was injured during a car accident in 1993. More than two decades since the accident, Franco and her doctors were left puzzled as to how another accident in August 2015 brought back her eyesight. 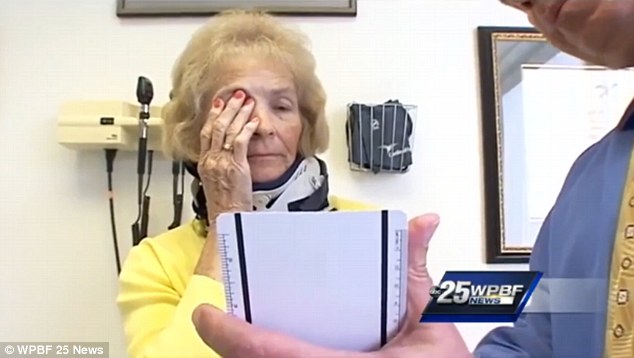 In her interview with The Independent, Franco recounted the moment that led to the recovery of her vision.

“I was in my living room, going over to the door. My foot caught on a tile and it flipped me. I hit my head in the back, and hit it on something else — maybe the fireplace,” Franco said.

Following the accident, Franco was incapacitated and was forced to wear a neck brace until a surgery was carried out. Hours after the surgery on her neck, Franco made the shocking discovery.

All of a sudden, Franco started seeing trees and a white house from a small window at her hospital room.

Her neurosurgeon, Dr John Afshar, said that he doesn’t have a scientific explanation for the restoration of her vision.

“It could have been a result of the artery being kinked and then when we performed the surgery itself, we unknowingly probably unkinked that vessel re-establishing blood flow and, therefore, she could have regained her vision,” Dr. Afshar told ABC NEWS.

Meanwhile, Franco believes that the unbelievable return of her sight is brought about by God.

Although a doctor advised her to undergo surgery since she has cataracts on both eyes, Franco said she her sight is great now and has no plans of undergoing any operation.

Watch her incredible story below.