Breastfeeding is one of the best forms of love and nourishment that a child can get from his/her parent but this is also one of the most debated parenting thing, especially with regard to doing it in public and the age a child should be weaned.

People seem to have differing opinions about breastfeeding, with many believing that while this should be done privately, it must stop by the time the child is 2 years old. After that, they seem to believe that the act borders incestuous acts or something somewhat sexual in nature.

This is the reason why Tasha Maile’s video of breastfeeding her 6-year-old son gained more bashers than admirers. People were mostly unimpressed by her claims that it was a beautiful bonding moment with her son because they believe that he should have been weaned years ago! 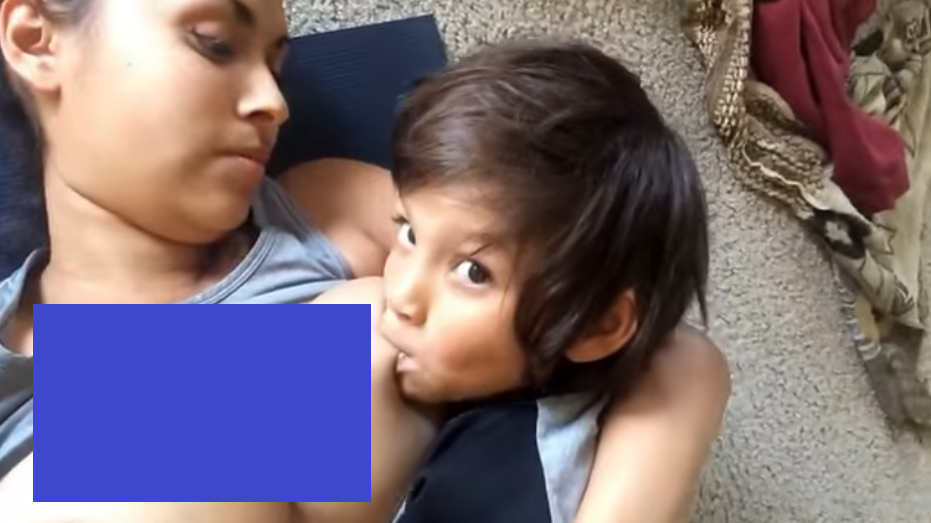 Others even found it disturbing that she still breastfeeds her son at that age! Some went as far as expressing outrage over the ‘child abuse’; though we can’t seem to understand how feeding one’s child with the healthiest milk in the world can be akin to child abuse.

Still, many were just disgusted with the ‘exhibitionism’, saying that whether she chooses to breastfeed her son until whatever age or stop now is actually her personal choice that no one should interfere with but she should not flaunt it or even share videos about it on social media, especially if she does not want to be bashed for her actions.

There were many, however, who just accepted the video at face value and laughed at the boy’s expression as he shared his mom’s breast with his younger sibling in what mom calls as ‘tandem breastfeeding’. Many also noticed that he’s waving what appears to be a credit card as he sucks on the milk.

What is Tandem Breastfeeding?

Tandem breastfeeding is a term sometimes used by breastfeeding two babies at the same time. While this is useful when you have twins, the practice is frowned upon by society if one or both kids are older than 2 years old.