A self-confessed “Mama’s boy”, soon-to-be president Rodrigo Duterte visited his parents’ grave and cried his heart out at 3 AM on May 10, 2016 as poll results show he has a very comfortable lead over his opponents.

He leads by over 6 million votes as of 6:30 AM but even at the start of the counting, Duterte kept a good lead over the others.

In fact, the lead was so clear that even before midnight on Election Day, rivals Grace Poe and Vice President Jejomar Binay had already conceded defeat and expressed their heartfelt congratulations to the sure winner, Duterte.

So, even as millions of his supporters are not sleeping across the country so as to guard their votes, Duterte and his team weren’t sleeping, too. 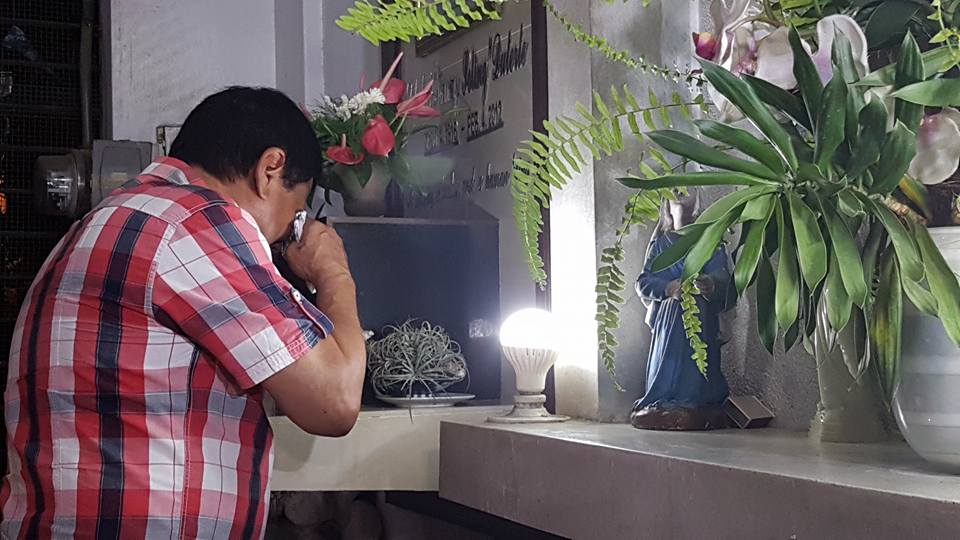 At 3 AM, Duterte went to his parents’ grave, still wearing the same clothes he had on while voting earlier in the day.

And while everyone had this image of Duterte as the tough guy, as the ‘Punisher’, as the vicious man, he broke down and cried hard while kissing his parents’ graves. 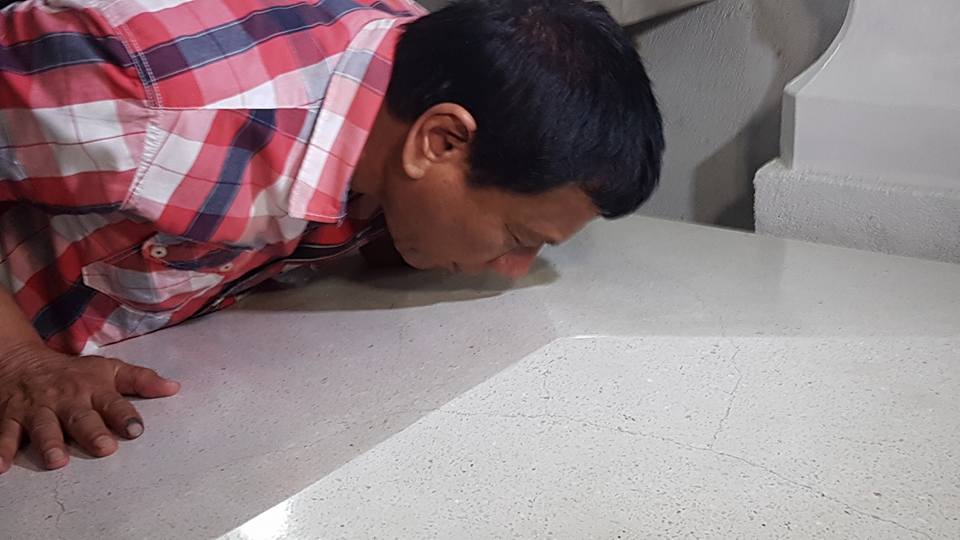 “Duterte said he long wanted to cry aloud but was too busy for the campaign,” wrote Edith Ging Z. Caduaya in the Facebook post showing the crying mayor. “Duterte’s late father VICENTE, used to be the Governor of one Davao while his mother Nanay Soleng was a public school teacher.”

It was a symbolic cry for help – for how could the dead help the living, anyway? But it simply goes to show that this guy, this president that over 15 million Filipinos have voted, is just like any other person who cries and goes to his parents for comfort and help.

It goes to show that despite the tough persona, he’s also a softie though we’re quite sure he’s now back to his iron mask to match his iron fist. Still, isn’t it great to see the ‘human’, the softer side of tough guy Duterte? 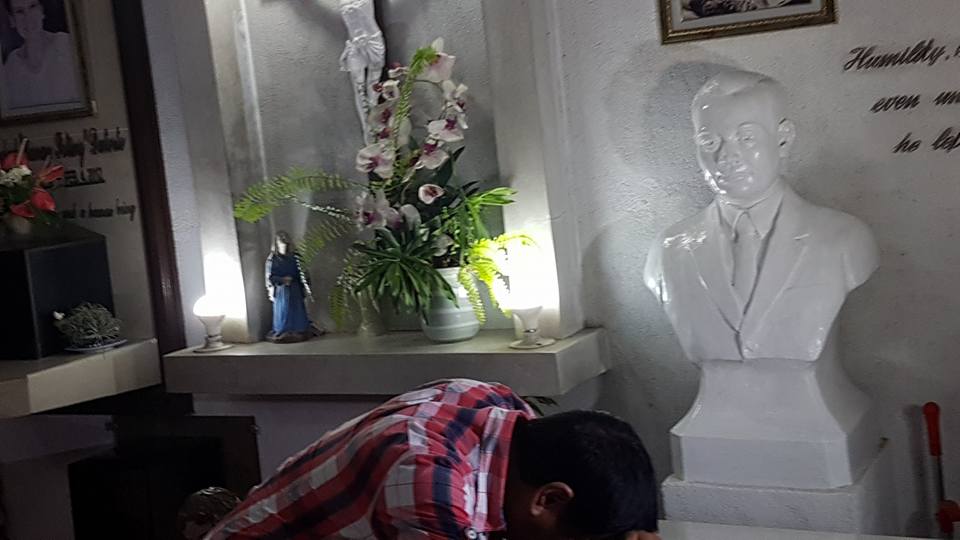 RachFeed congratulates Davao City Mayor Rodrigo Duterte as he takes the position as 16th President of the Philippine Republic!