While Singapore has one of the richest economies in Asia, it seems that its leaders aren’t extravagant and are readily willing to help their constituents in every way they could. Take for example the wife of Singapore’s Prime Minister Lee Hsien Loong who was spotted using dinosaur-inspired bag which costs less than SG$15 (or around US$11) at no less than a function at the White House in the US!

Indeed, Mrs. Lee is the wife of one of the most powerful men in Asia and was visiting the White House, the seat of power in the US, yet she had no qualms at using an inexpensive bag – considering that the event would surely be widely photographed and posted on various forms of media! What a wonderful woman!

Although Mrs. Lee used a more formal bag during the black-tie state dinner held in honor of the Singapore’s First Couple, she was using the dinosaur-motif bag at the arrival ceremony.

Photos of the bag would soon go viral on social media after these were first identified and shared by The Art Faculty, an online store selling stuff made by autistic students with artistic abilities under the Artist Development Programme at Pathlight School in Singapore. 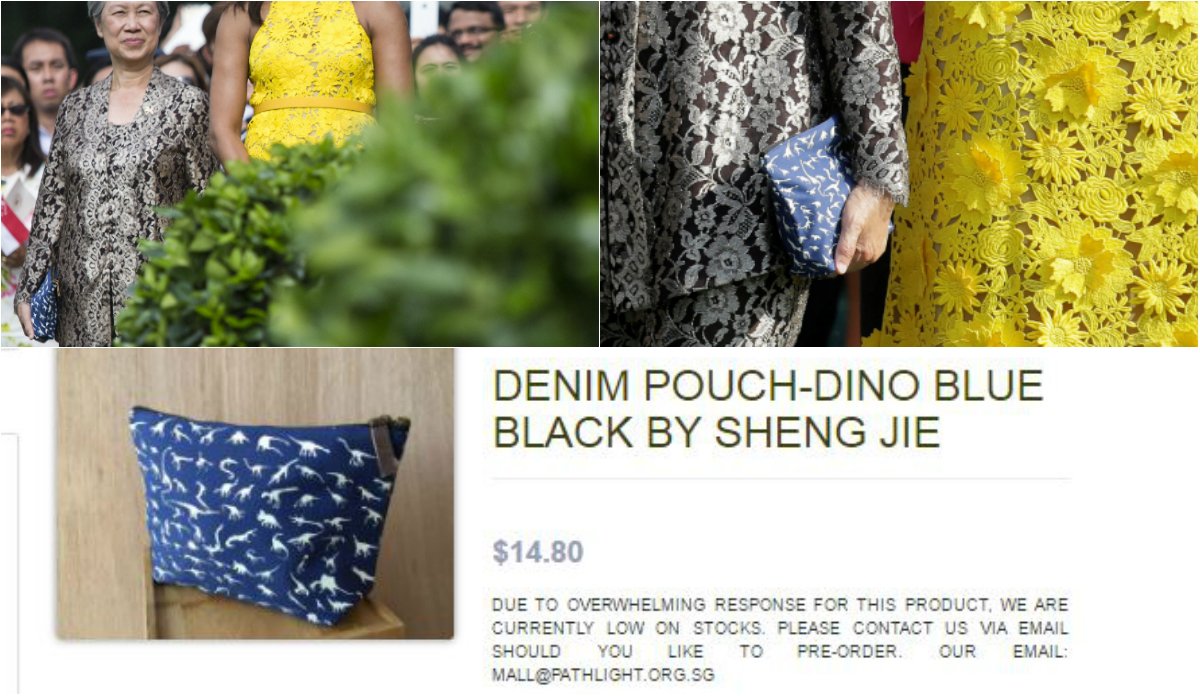 Apparently, Mrs. Lee had acquired the bag from a recent fund-raising event – yet knowing that it came with a very inexpensive price tag, she still used it to what Pathlight senior vice-principal Ms. Loy Sheau-Mei described as a ‘world event’.

“We were pleasantly surprised and honoured that she chose to bring this bag on her official visit. It gave such a great mileage to the artists on our Artist Development Programme (ADP) and merchandise at The Art Faculty,” Ms. Loy said.

After the photos went viral, stocks of the bags and related designs were quickly sold out online and the store was quick to post that despite running out of stock, they are accepting pre-orders for the product.

Thanks to Mrs. Lee, the students of Pathlight are going to be busy with their projects in the weeks to come…