Home
Entertainment
What Caused The Blue Coloration on This Wild Hog’s Fat?

Hunters from Morgan Hill, California discovered a fluorescent blue fat inside a wild hog they recently killed in their ranch.

According to Reddit user GlendilTEK, they hog initially appeared normal. But after draining its blood and cutting it open, he and his partner were shocked to find a layer of bright blue fat. GlendilTEK pointed out that the fat within the hog’s body was consistently stained blue. 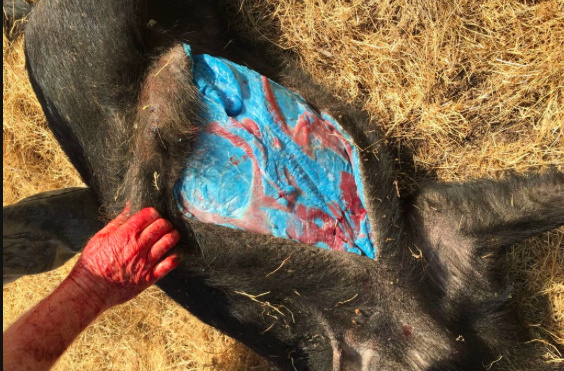 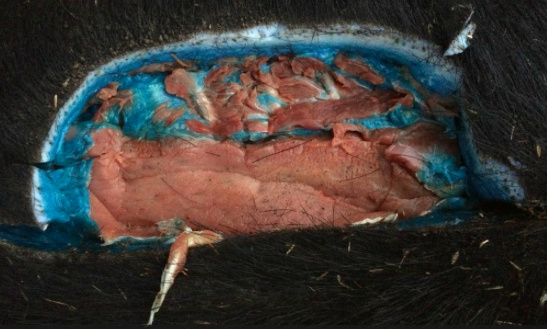 “We have no clue why the fat is this color but it is all over the pig no matter the section,” he wrote on Reddit.

So what exactly caused the blue coloration on the wild pig’s fat?

The couple has already sent samples of the blue fat to researchers at the University of California, Davis to find out its cause. Although they are still awaiting the results of the investigation, many believe that the hog had been consuming something with rat poison. 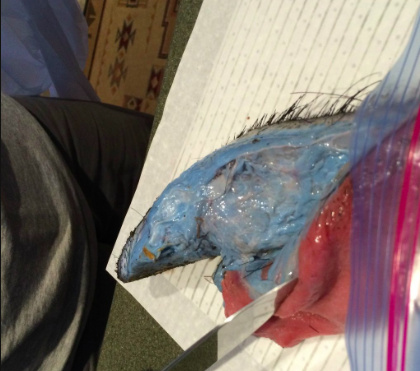 In fact, an article published by UC Davis explained that wildlife in California are often exposed to anticoagulant rodenticide (AR), which is extremely toxic. The article says that AR contains dye that brings a marked color change of fat and tissues on animals which ingest it.

AR can potentially damage the liver and cause other health issues among pigs.

Officials at the California Department of Fish and Wildlife told OutdoorHub that the blue coloration was likely caused by rodent poison or pesticide ingested by the animal. This phenomenon is occasionally seen among pigs in California as a result of eating ground squirrel bait.

Moreover, the officials alerted people not to eat meat from these animals.