A group of skimboarders in Bacong, Negros Oriental in central Philippines got the scare of a lifetime when they witnessed the formation of a waterspout over the sea close to the beach where they were having fun skimboarding.

The guys noticed the winds and the waves getting stronger but were shocked to see what appears to be a tornado forming in the sky. The waterspout (tornados forming over a water body) formed at around 1:44 PM on July 4, 2016.

One of the guys took a video of the waterspout even as they were all scared and worried for their lives. At one point, they group could be heard shouting as they ran away from the water were the waves are getting stronger. 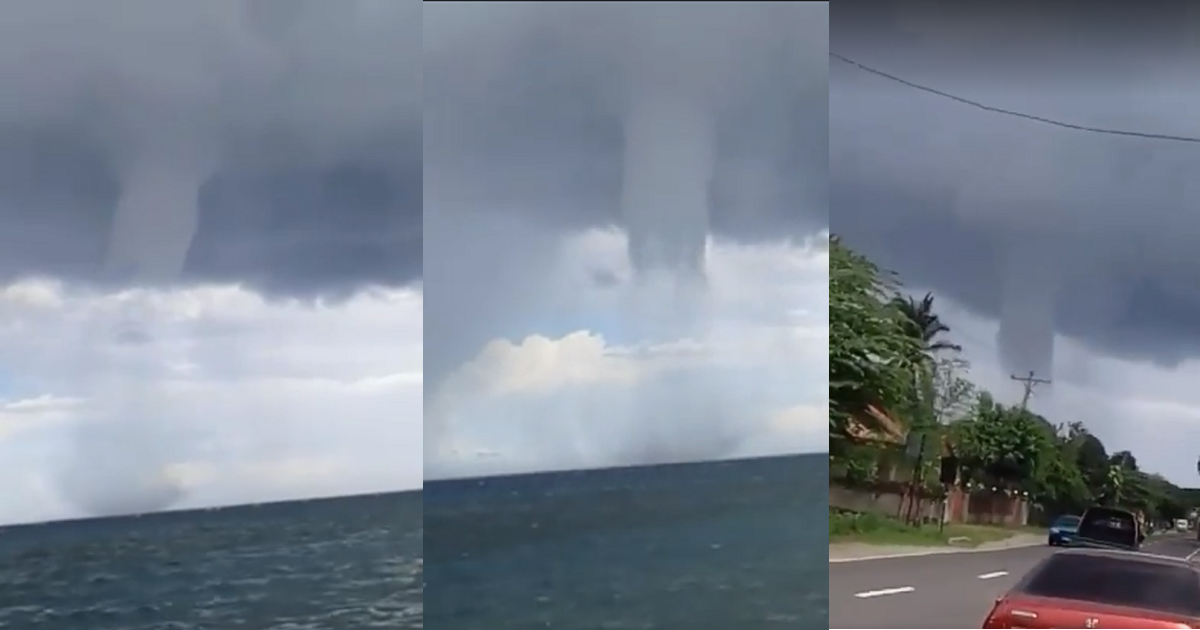 Thankfully, even if the video appears to show that the waterspout was near completion and could start wreaking havoc at sea and the beach where the skimboarders are watching, the winds began to slow down and the waterspout dissolved.

It was certainly a good thing that the forming waterspout dissolved by itself since the area had plenty of homes which could have easily been devastated by the intense columnar vortex.

The formation of this would-be waterspout came just a few days after reports of a huge tornado in Tacloban City, Leyte.

Thankfully, both tornadoes did not fully form and wreak any form of damage in the respective areas they formed in.

Here’s another view of the waterspout taken from the highway at North Poblacion, Bacong.

What is a Waterspout?

A waterspout appears as a funnel-shaped cloud over a body of water. This type of tornado is much weaker than its land counterpart but could still wreak havoc over spots they hit.

The term ‘waterspout’ is also used for a land tornado that reaches and goes over a water body.