Most humans, when dealing with homewreckers, literally fight for love. Some would even resort to killing the “other” man or woman, not minding the disastrous consequences for them. Interestingly, the same thing was observed on a male cuckolded penguin who caught his wife cheating with a male rival.

And just like in dramatic soap operas, things ended in bloody bath as the husband brutally attacked the homewrecker to win back his wife. Fortunately, everything was caught on video by National Geographic’s Animal Attack and was shared on the microblogging site Twitter for netizens to feast on. 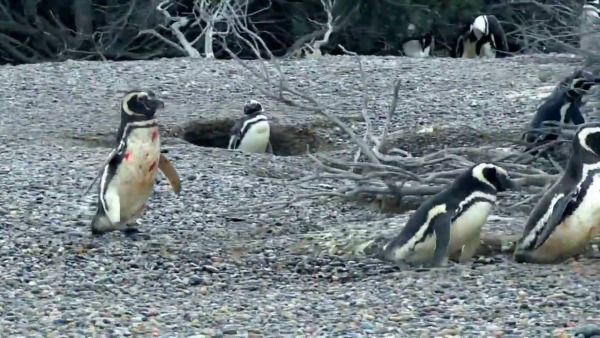 Indeed, the footage of the real wildlife drama easily caught the interest of netizens and gained almost half a million likes and retweets in a short span of time.

What’s not to love about the video? You got a husband flipping out after discovering that his wife is sharing their nest with another penguin, a homewrecker who’d do anything to win the love of his life, and a cheating wife who made all the craziness possible.

Sadly for the husband, he ends up losing the game of love as he was overpowered by the homewrecker in the brawl.

“He makes one last plea to the female, but she’s got no time for losers. Defeated and humiliated, he’s left out in the cold. He’ll lick his wounds and move on. In a colony of nearly a quarter a million, there’s plenty more fish in the sea.”

We’re hoping that the scorned husband will soon find a mate really worth fighting for.

Scientists have found that southern rockhopper penguins engage in long-distance relationships. Just like some humans, they can keep the fire burning even as they spend most of the year away.

Scientists discovered that they return home to the same partner every year to mate.

“In these extremely faithful animals – the pair bonds for breeding may last all life long in this species – the partners may actually be separated by hundreds to thousands of kilometers at sea,” researcher Jean-Baptiste Thiebot said.