While most moms (and the rest of the family!) often go to the airport to send off their kids, especially if they have to be apart for a long time, Leticia’s mom chose to stay at home because she does not want to feel terribly sad as her daughter flies off from Sao Paulo, Brazil to a faraway land where she could study and live her dreams.

Of course, Leticia would have wanted to see her mother one last time before she bids goodbye to her homeland to enjoy her scholarship but she also knows her mother so well; thus, the girl waved goodbye to her mother and headed to the airport.

Throughout the journey from her home to the airport, a camera crew was following Leticia on a pretext that she was going to star in a documentary – which was actually quite legit since she’s received a scholarship and has to travel far away from home to a foreign country. 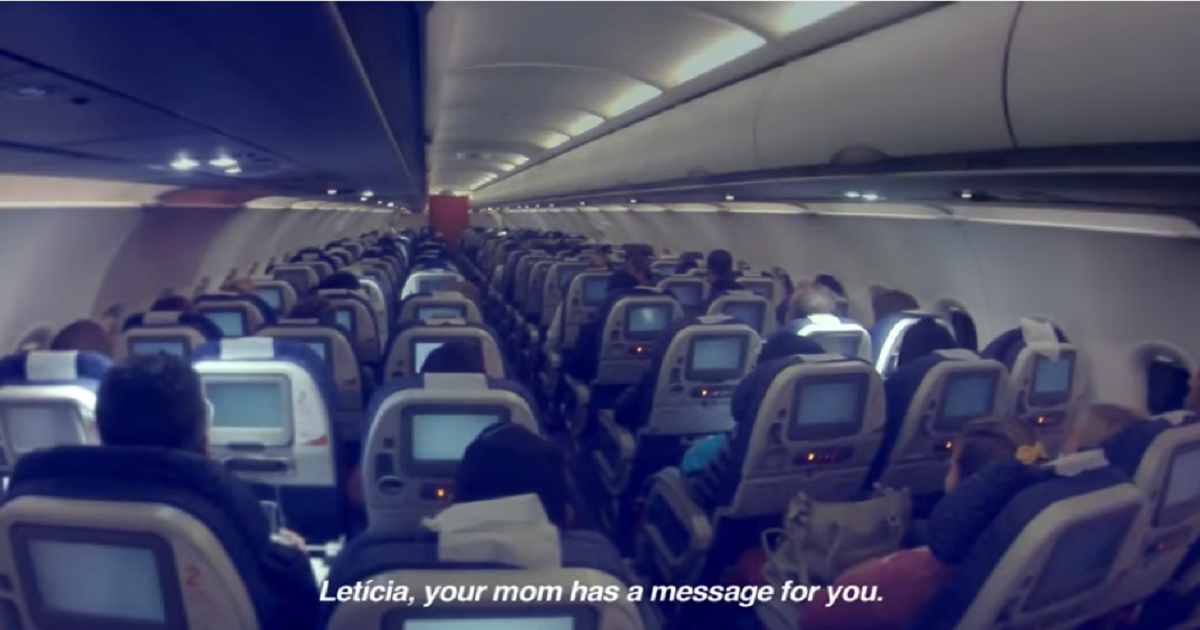 What she did not know is that her mom was preparing for a send-off surprise alongside a major kitchen appliances brand. With that, Leticia’s mom not only stayed at home like she told her daughter, but she also cooked the teen’s favorite food and sent it up the plane (thanks to the brand pulling some strings, of course) for her to enjoy during her trip.

Not only that – this devoted mother also made a touching message for her daughter, a recorded message that interrupted everyone’s screens as the plane began its ascent.

Everyone was surprised by the message as well – and terribly curious as to who this lucky girl might be. When the cabin crew went to Leticia’s seat to serve her homemade meal from mom, all eyes followed her movements and everyone cheered for the teen!

What a beautiful ad…

Well, there’s not a lot of difference if you are not very particular with taste but when it comes to people who truly love home-cooked meals, the ones offered at restaurants are often labeled as “commercialized” and less delicious than home-cooked varieties.

Of course, a lot of people would surely beg to differ – and would tell this would depend on who is cooking…