The 24-year-old maintenance worker surprised the judges and the audience with his singing impressions during the Saturday episode of the famous talent show. Not only was he able to impersonate the singing voice of Morgan Freeman and Christopher Walken, Craig even managed to effortlessly imitate characters like Mickey Mouse, Elmo, Miss Piggy and Kermit the Frog. 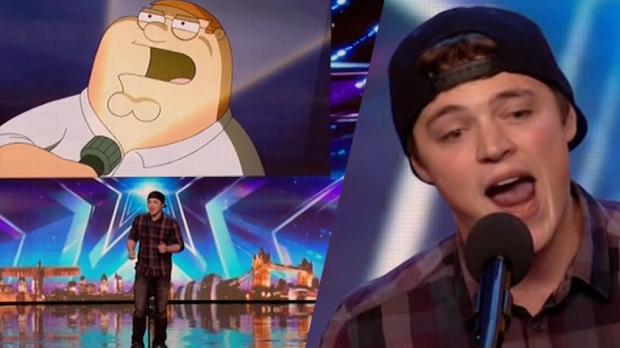 Speaking to judges Simon Cowell, Alesha Dixon, Amanda Holden and David Walliams, Craig revealed that people had encouraged him to join the contest in the past:“I’ve had people tell me I should come on and I thought finally maybe I should do it for myself because I don’t usually believe in myself.”

It turns out Craig already had a following before he appeared on the show. Al and Jen TV casting, a talent agency, actually convinced him to audition for the show after they saw his videos on YouTube.  The said talent agency, which provides contestants for shows like The X Factor, The Graham Norton Show, Who’s Doing the Dishes, and Ant and Dec’s Saturday Night Takeaway, previously contacted Craig on Twitter.

“Would you mind following me back so I can DM you please? I work for a TV production company,” the agency tweeted Craig last January.

To which Craig replied: “Will do.”

Because of the fact the Craig was recruited for the show, many viewers accused that the talent show is “fixed”. However, a British Got Talent spokesperson quickly denied such allegations.

“BGT does encourage acts to apply but any such acts are required to audition on the same basis as any other applicant and normal programme rules apply,” the spokesperson clarified.