Still carrying the large knife he used to scare a woman he attempted to rape, a man was videotaped trying to crawl on the ground after he broke his two legs when he jumped of the window unto the concrete.

Posted on Live Leak, the video shows the man writhing in pain yet still attempting to getaway while a woman continued to scold him while also warning passersby to stay away from the man because he still holds the large knife in his hands. 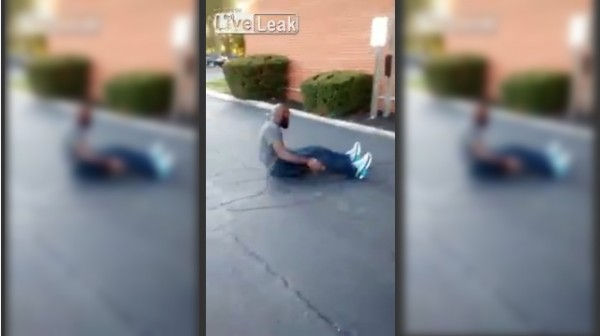 When the woman lost her phone at a local store, she was glad to hear a man answer it and tell her he would return it. Innocently providing him her home address, he instead arrived with a knife and attempted to rape her. Thankfully, her sister arrived and foiled the rape attempt.

In panic, the man jumped out the window, breaking his legs in the process. The angry women followed him, videotaping his excruciating progress on the ground.