Three-year-old Kimber Green’s cover might not be the best rendition of Adele’s recent hit single “Hello” in terms of vocal score but it sure was among the most adorable and emotional! This charming little girl’s video was a hit on the web, quickly gaining millions of views within days after her dad’s roommate Ja’Michael Murphy posted it on Facebook.

To date, the video has been viewed close to 9.6 million times and shared 200k times! Considering just how “simple” this rendition is compared with other “Hello” covers, the figures are truly surprising. Kimber’s mother, Kalynn Cooke, did not even expect it to go viral. 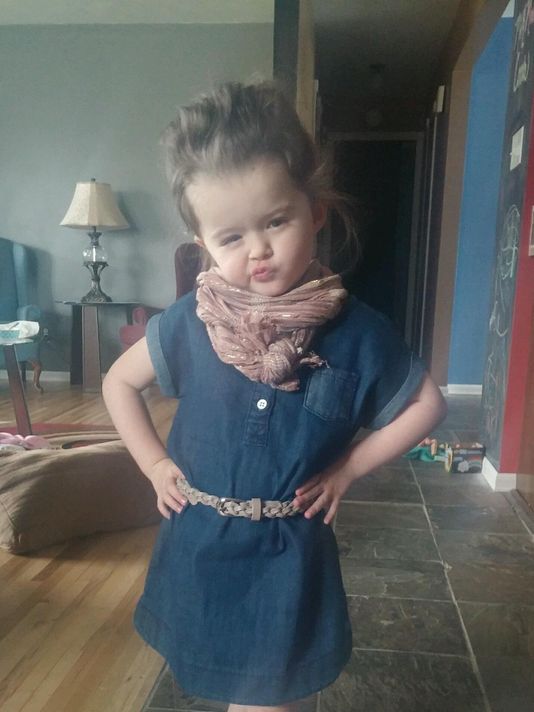 According to Kalynn, she was pleasantly surprised when the video hit 1,000 views but when it soon reached a million, the family was truly ecstatic. The funky little girl loved the attention as the latest viral star.

She’s become a little celebrity in their hometown, with some people stopping them at the mall to gush over her heartfelt performance. Considering that she’s just 3 years old, you’d surely admire how she was able to deliver the piece like she’s “experienced a thousand heartbreaks!”

Watch this lovely girl’s charming performance in this video:

Posted by Ja’Michael A Murphy on Wednesday, December 2, 2015

In today’s world of social media and the internet, there are lots of people who have become viral stars in their own right – with their 3 minutes of fame often bringing them money for some time before they become overtaken by other viral sensations.

Most of the viral hits could be found on YouTube but with changes in Facebook’s video formatting (and embedding in websites/blogs), lots of Facebook stars have also been discovered.

In most cases, the viral stars are famous for a couple of days or weeks or a few months; though rarely for more than 6 months unless they produce new viral hits that push their fame a notch higher and bring them more fans to keep them in the trending lists on social media.