Business man Jia Lijun’s day at the zoo turned into a tragedy after attempting to take selfies and videos with a walrus that weighed 1.5 tonnes.

The heavyweight marine mammal playfully dragged the visitor of Xixiakou Wildlife Park into the water causing him to drown early this month. 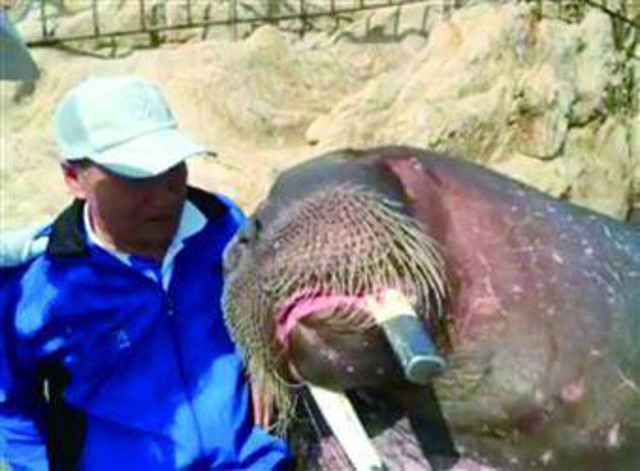 According to a friend of Jia, surnamed Wu, the zoo visitor was looking forward to meeting the walrus that he sent many photos and videos to his friends using his social media accounts. Unfortunately, the walrus attacked and dragged Jia into the pool of water while he was posing for a selfie.

“His back was to the walrus, and he took a selfie, the walrus came from behind and pulled him into the pool to play. He was killed by the walrus, he didn’t accidentally fall into the water,” Wu said.

Duan, the animal’s keeper attempted to rescue Jia by jumping into the water. Despite being a strong swimmer, Duan was overpowered by the huge walrus, which held both men in a tight embrace and pulled them under the water. The two have already drowned before they could even be rescued.

The park has been criticized for the lack of barrier between the visitors and the animals.

“This is the root cause of the tragedy. In the viewing area, people and the walrus can come into close contact,” Wu said.

Staff of the zoo believe that the walrus was just trying to play with the victims as the keeper had been taking care of the animal since it arrived at the zoo as a baby more than a decade ago.

As of press time, the walrus attraction at the park remains open to the public.

Meanwhile, the management of the zoo took responsibly for the accident and has paid Jia’s family 900,000 yuan ( $137,000) in compensation.