Ever experienced losing a wallet? If you already have, then you know it’s totally a headache-inducing experience. Losing your money, IDs, and ATMs is definitely no fun. Of course, it could be a huge relief if the wallet gets returned to you but that doesn’t happen too often these days.

That’s why 86-year-old Clare McIntosh was surprised beyond measure when, one day, someone called him and said they found his lost 71-year-old wallet. 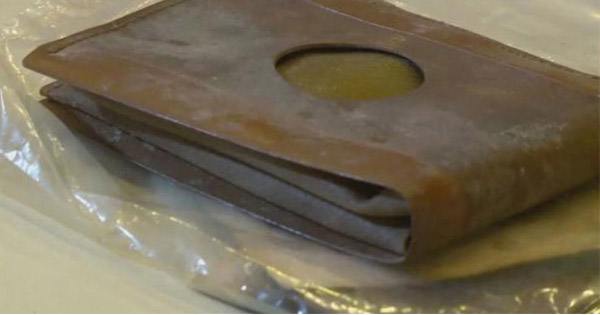 The caller was Larry Sloan, owner of Iowa’s Talent Factory Theater. During a recent renovation, one of the workers discovered the wallet lodged on the old floorboard and so he got it. Eventually, they realize what they found out was a piece of history.

The plastic wallet contained old photos, a Boy Scout card, and a 1944 pocket calendar, among many others. They also saw a handwritten ID and learned that the wallet belonged to a certain Clare McIntosh.

According to KCCI News, Sloan managed to track him and so they were able to give McIntosh his wallet when he was yet 15 years old.

What To Do If Your Wallet Gets Lost or Stolen

As stated earlier, losing a wallet can be a terrible experience. You can, however, prevent problems such as identity theft if you act quickly.

LifeHacker also shared some useful tips regarding the matter.

The website said “The first thing to do is call and cancel your credit cards.” That way, you can be sure that no one will be able to misuse your cards.

The next step, of course, is to call the police.“Calling the police because you lost your wallet might seem like overkill, but it’s an essential step for fraud prevention,” said LifeHacker. “No, the police will not actually be able to do anything about a lost wallet, but you will get a police report stating your wallet was lost and it will come in handy if someone tries to steal your identity or use your credit cards.”