When you do good, you feel good. Sometimes, however, goodness comes back to you in very unexpected ways.

32-year-old Kasey Simmons works as a waiter at Applebee’s restaurant in Dallas. He was surprised when one day, a customer visited them and then left him with a huge tip.

“They ordered the cheapest thing on the menu. Flavored water,” Simmons said in a CNN interview. 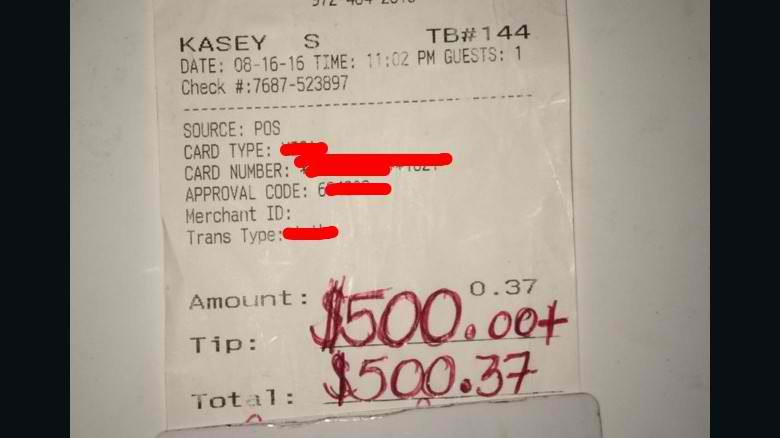 The total bill was merely $0.37. The tip left for Kasey, however, was $500. It also came with a short note written on a napkin.

Apparently, Simmons was at the grocery the previous day and in the checkout line, he spotted an older woman who was “clearly despondent.” Other people paid her no attention but Simmons took the time to speak with her.

She then shared the story why she was sad and Simmons did his best to cheer her up. He even offered to pay for her groceries. “It was only $17, but it’s not about the money,” he explained. “It’s about showing someone you care.” 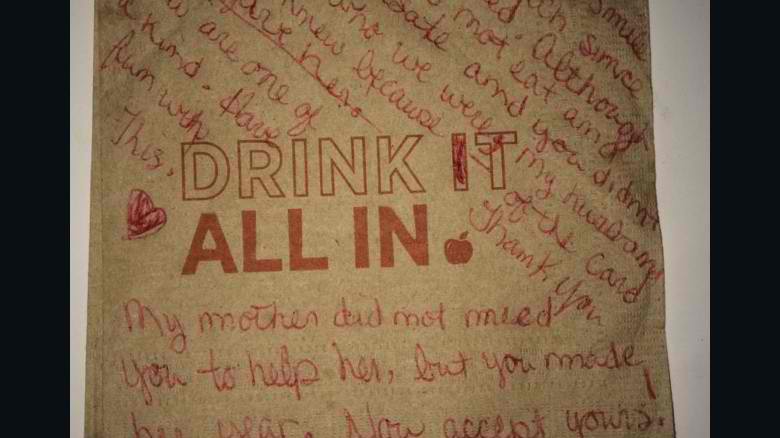 The woman’s daughter heard about the story and so she decided to visit Simmons. She left the generous tip and wrote a note for him which read:

“On one of the most depressing days of the year … you made my mother’s day wonderful. You insisted on paying. Told her she is a very beautiful woman. I have not seen this woman smile this much since dad died.”

A little kindness can indeed go a long way.

Why Do Customers Leave Tips For Waiters?

Although not usually mandatory, PBS tells us that “it is the prevailing practice to leave a tip after meal at pretty much every restaurant in the United States. For the vast majority of servers and bartenders in America, tips make up a substantial part of their income.”