While there are still areas hit by Supertyphoon Lawin that had never been reached by volunteer teams from the government because roads and bridges leading to these places remain damaged to date, these ‘Lawin’ operations teams are surely doing their best to work as fast as they could to help the victims.

In a series of photos that had gone viral on social media, Department of Social Welfare and Development (DSWD) social worker Rojohn D. Onangey posted photos of joint volunteers from various sectors as they made a human chain across a river so that relief goods can be delivered to the other side.

These people are truly risking themselves, their health, and their strength just to help those who are still without assistance in these ‘Lawin’-hit areas. 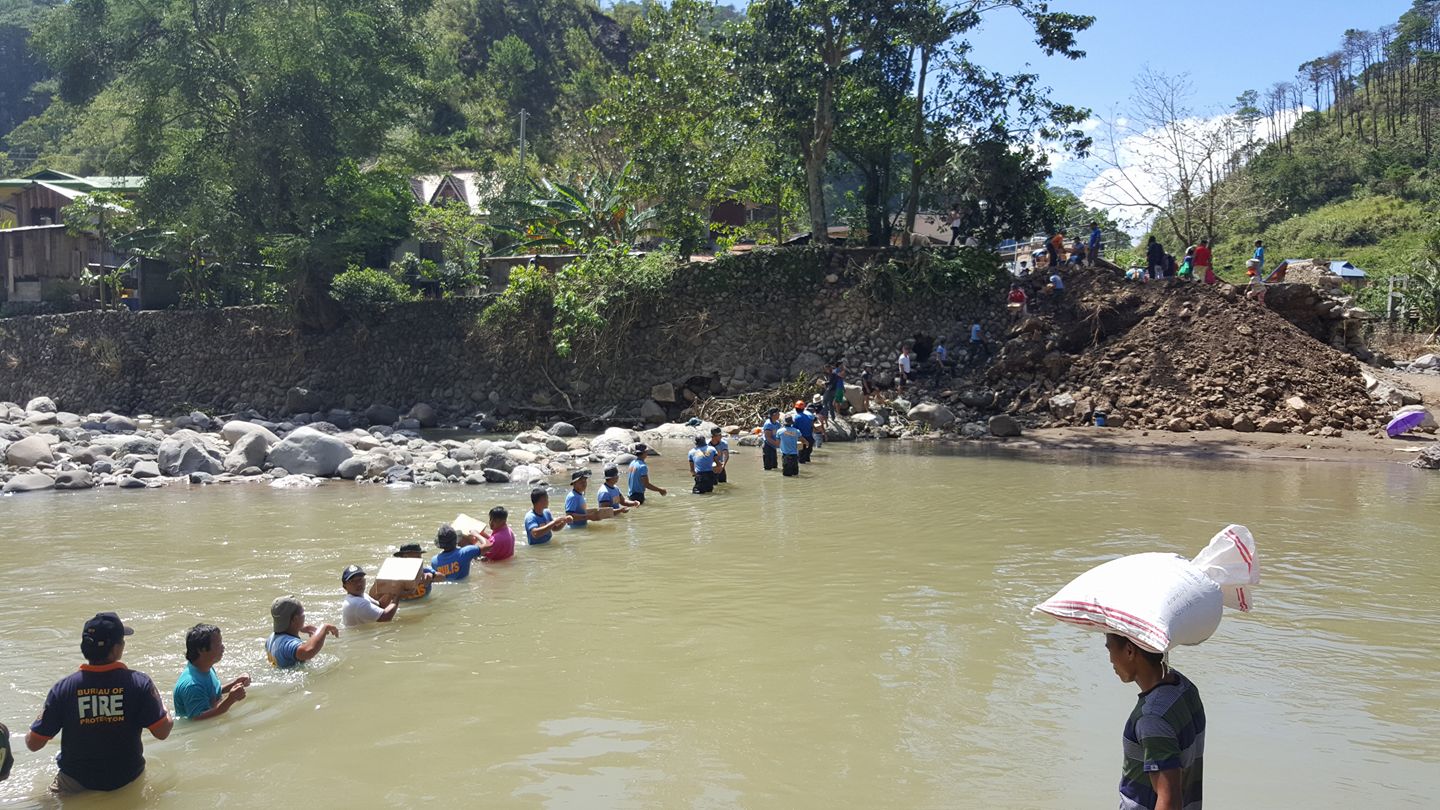 In his post on Facebook, Onangey simply captioned the photos as “Joint forces from PDRRMO Mountain Province, SEGA, BFP, PNP, LGU Sagada, DSWD Mountain Province field workers and civilians.” In one of the photos, the vice mayor was actually seen also joining the riverside team!

According to Onangey, most of the volunteers are from the PNP and SEGA.

It truly is heartwarming how these people are using the spirit of ‘bayanihan’ to bring these relief goods from DSWD to the hinterlands where access bridges had been cut off by the floods from the supertyphoon.

Indeed, these volunteers don’t even know the victims personally but they gave their time towards reaching out for these people, anyway. Awesome bayanihan spirit!

Bayanihan is a Filipino trait, a term used to mean “a communal effort of helping one another”. The term hails from the word “bayan” which means hometown or community. In the past, this could mean a bunch of people actually helping their neighbors literally carry their homes from one place to another.