Dogs and monkeys are friendly creatures, but have you seen these two animals being the best of friends? Recently, a video of a monkey kissing the paw of its dog best friend went viral, with people commenting how sweet it is for these two to be good friends.

In a video that’s making waves online, a monkey could be seen visiting its dog best friend along with another monkey. 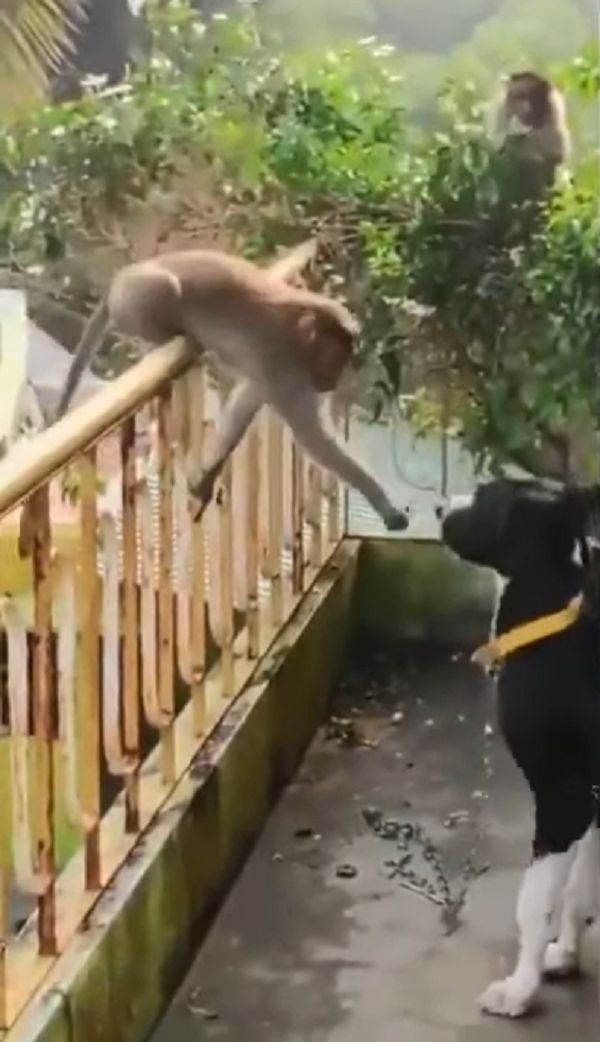 In the clip, the two monkeys could be seen entering the property through the fence. One of the monkeys stopped to inspect the plants, while the other went ahead to greet the dog.

It was clear in the video that the dog wasn’t angry at the monkey or afraid of the two wild creatures. In fact, it looks like the dog expected the visit and was friends with this particular monkey. 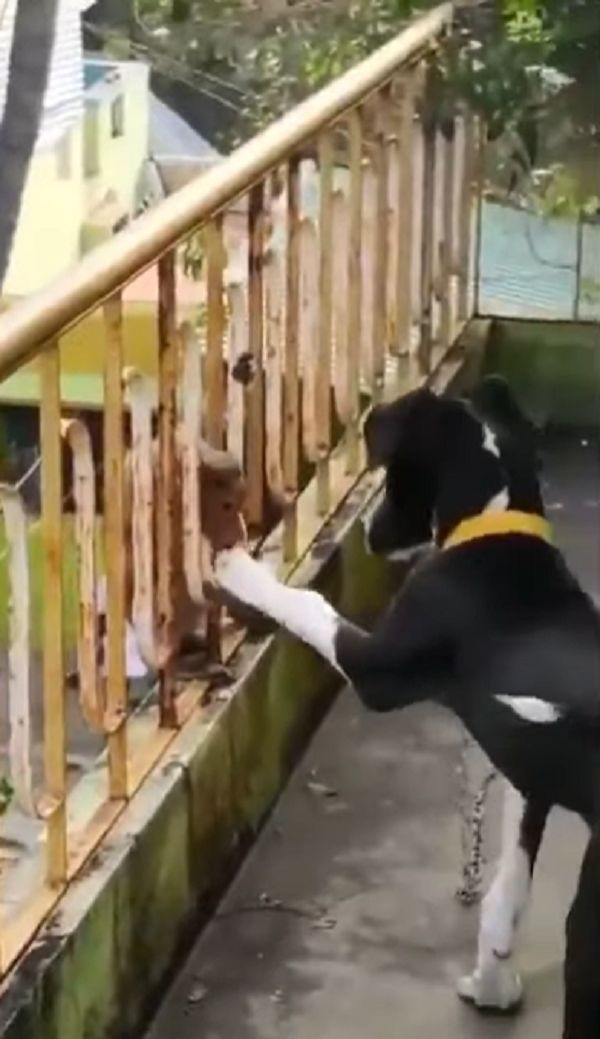 Moments after the monkeys arrive, one tried to reach out to the dog but appears to know that it might fall if it continues to do that. So, it climbed down the side of the grill fence and reached out to the dog who extended its paw.

Quickly, the monkey grabbed the dog’s paw and kissed it! Awww. It’s so sweet.

It is unknown whether this is a regular occurrence, but the video appears to be taken from a smartphone, not a CCTV. So, it is possible that this actually happens regularly and that the owner had only thought of taking a video recently.

Some netizens think that these two are the best of friends, considering how the dog didn’t react angrily to the monkeys and how this monkey kissed the dog’s paw like it wasn’t afraid of getting bitten.

Although monkeys belong to the wild, there are some species that are being kept as pets. They’re expensive to obtain and keep (with permits), but there are the most common domestic monkeys: