While many soldiers are not really paid well or are not earning enough to be considered rich (in fact, many remain poor!), there are those who are compassionate enough to share what little they have to those in need. The same could be said for people of various professions, of course, but we highlight soldiers in this post because it was a soldier’s act of kindness that was caught on camera.

According to netizen Jason Gibson, the Head Coach/Director of Football Operations at Columbus Lions, he was at a fast food chain, Taco Bell in Greenville, Alabama when he overheard two kids selling homemade baked goods to a soldier who turned out to be Lt. Col. Robert Risdon who was stationed at Mobile, Alabama before coming home to Columbus, Georgia. 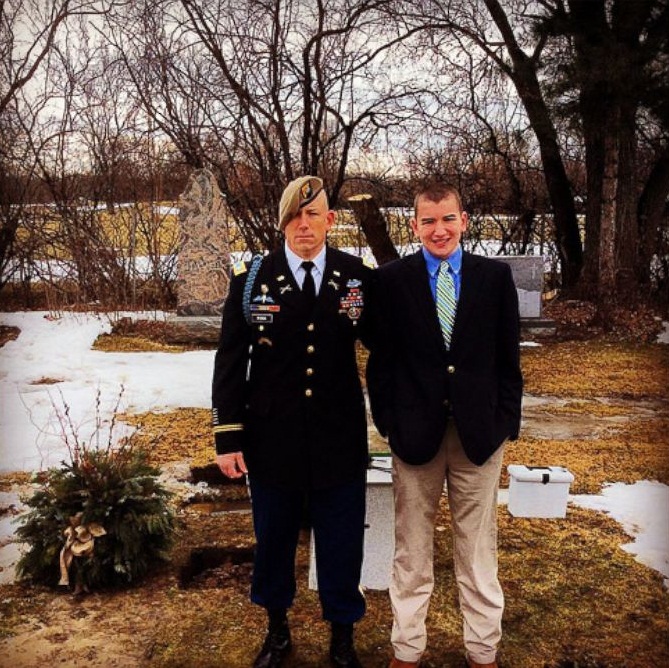 Because Risdon did not have money in his person, he was not able to buy goodies from the kids but the soldier decided to treat these kids with dinner, instead!

The heartwarming moment was caught on camera by Gibson who shared it on Facebook. Naturally, the post quickly went viral. But Risdon was surprised with the viral post and insisted that it was a natural thing to do and “did not merit” the attention.

Asked why he did it, Risdon’s answer was simple, “It seemed like a very small gesture I could do for two kids that were trying to make some money in the rain on a school night. So, absolutely it was my duty to at least get them something to eat.”

I was in a taco bell tonight when two kids came in trying to sell home made desserts for money. I over heard a soldier ask the kids if they were hungry and told them to follow him to the counter, he would buy them dinner. I had to video it and share. Our troops are always taking care of us. Thank u LTC Robert Risdon please please share this….I heard the little one say I want to be just like u when I grow up and saluted him.