We all don’t like bullies and we want them to learn their lessons. In the process of teaching them, however, may we not turn into bullies ourselves.

Take this mother, for instance, who clearly took things too far.

The short clip below recently went viral online as it received numerous shares on social media. It features a mother who was shaving her daughter’s head as a punishment for allegedly bullying a girl in school – who was actually a bald cancer patient.

The blond-haired mom can be seen in the said footage shaving her daughter’s hair using an electric razor. The girl, on the other hand, couldn’t do anything but cry and cover her eyes while sitting on the bath tub. 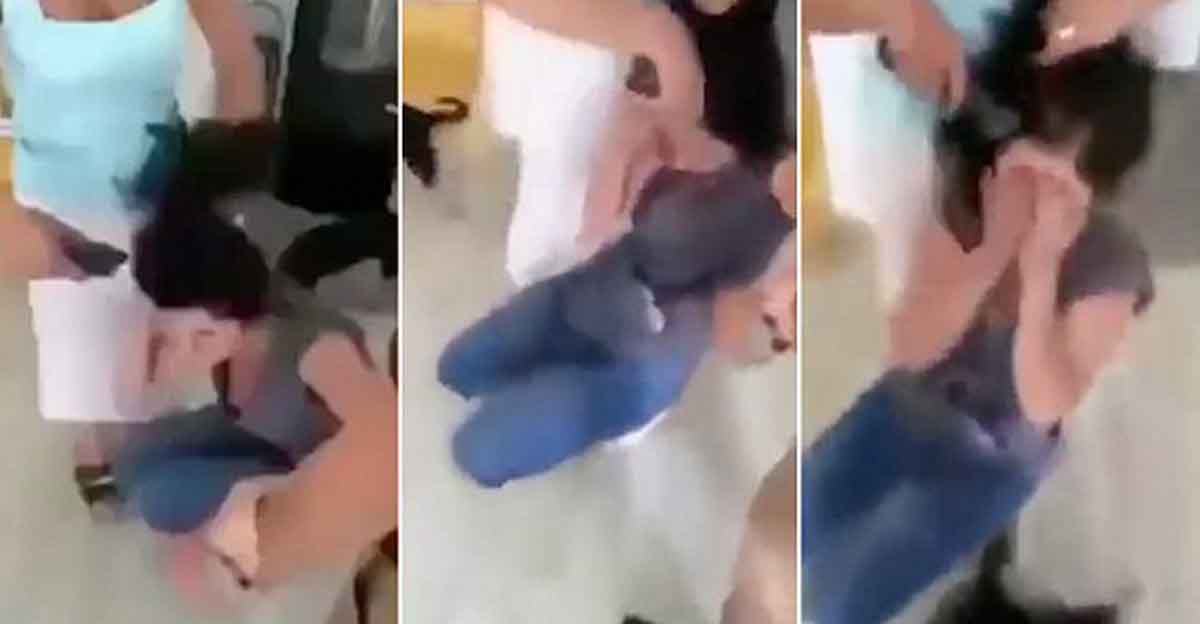 DailyMail and other major websites have since picked up the story and netizens have expressed disapproval about the mother’s way of disciplining her child. Many have pointed out that shaving the head was already wrong in itself. Furthermore, deliberately taking a footage of the act and then posting it on the web for everyone to see is simply too much.

As of this writing, the identities of both the mother and the daughter remain unknown. The country of origin has also not been identified although some have already pointed out that the pair speaks Portuguese.

Meanwhile, an earlier version of the video claims that the daughter was punished for uploading naked photos online.

Regardless of the reason, I guess we can all agree that this isn’t the best way of teaching a bully.

How To Help A Bully Stop Bullying?

“Emphasize that bullying is a serious problem,” wrote HealthyPlace. “Make sure your child understands you will not tolerate bullying and that bullying others will have consequences at home. For example, if your child is cyber bullying, take away the technologies he or she is using to torment others (i.e., computer, cell phone to text message or send pictures). Or instruct your child to use the Internet to research bullying and note strategies to reduce the behavior.”

“Teach your child to treat people who are different with respect and kindness. Teach your child to embrace, not ridicule, differences (i.e., race, religion, appearance, special needs, gender, economic status). Explain that everyone has rights and feelings.”