These days, anything can go viral on the internet – and fame is as easy as posting a crazy video on the web where it could potentially go viral and be seen by thousands, even millions of people across the world. Sometimes online fame can damage reputations and even lead to dire consequence yet there have also been a lot of times when such could lead to fantastic opportunities for the ones involved – such as in the case of the “Carrot Man” and the “Badjao Girl”.

Just recently, another viral story has brought good fortune to a family who hails from Southern Leyte, Philippines. A certain Rubylyn Capunes Pabillion shared the story of Nelson “Dodong” Pepe being led to the farm by his 5-year-old daughter. This video has gained over 2 million views! 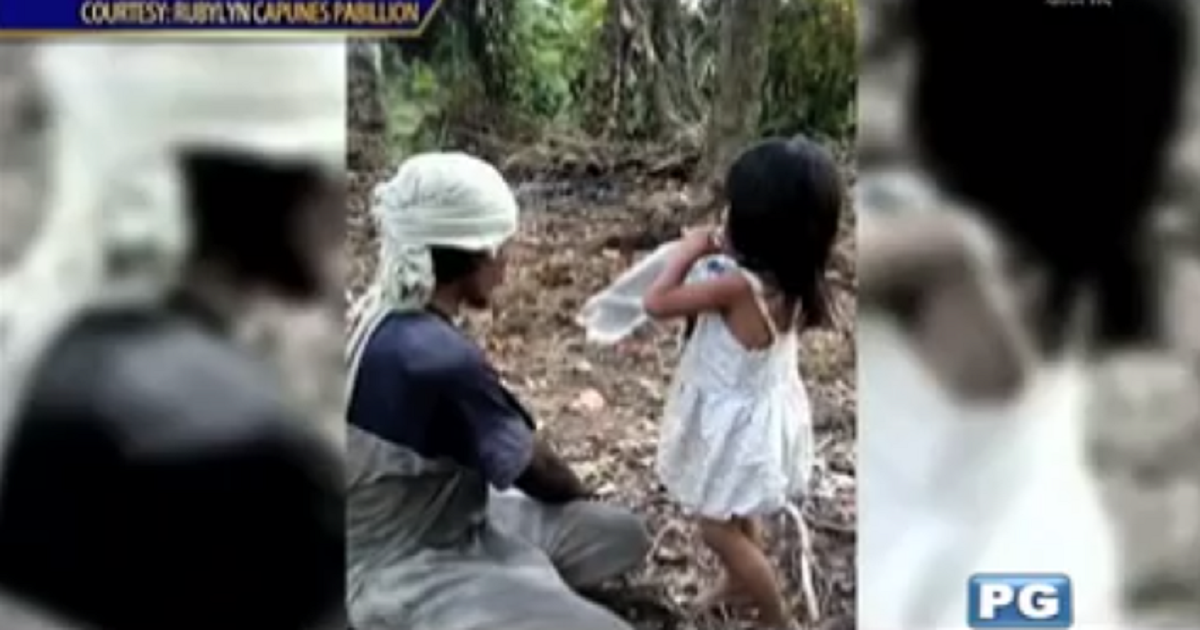 It truly amazed viewers how this completely blind father was so dedicated and hardworking that despite his handicap, he still climbs around 60 coconut trees in the copra farm on a daily basis to earn around Php5 per tree or around Php300 per day.

But considering that he is blind, climbing coconut trees (and carrying a sharp bolo!) is definitely a very dangerous job for this hardworking dad.

THE QUEST( the blind farmer-laborer)This is the story of blind man named ”DODONG” together with his 5-year old daughter, at her young age she keeps on helping her father to guides his way to the farm and way back home. Please try to helped them by sharing this video. This is an inspiration to all.

When ABS-CBN show Rated K learned of the plight of a blind father, the show not only brought the family to the country’s capital for medical check-up, they were also assisted in finding better, safer livelihood as well as given a house at a more accessible area compared to their previous home in a mountainous area.

He was given capital (Php10,000) for a sari-sari store and the local government also plans to give him formal training in providing massage services.

Thanks to social media, another family in dire need of help has found the assistance they needed.

A copra farm is a farm filled with coconut trees whose main purpose is to grow matured coconuts which will be harvested for copra. Copra is the dried meat of the coconut – and though it is no longer ‘edible’ at this point, it is used to produce oil which can be used in cooking and other purposes.

There are a lot of copra farms in the Philippines.