A Starbucks barista named Sam recently achieved online fame after a viral video showed him dancing while doing his job.

Some people who may have seen 17-year-old Sam on the store have just assumed that he’s just a cheerful worker but as it turns out, there is a touching story behind it all.

Everything was revealed when Sam and Chris Ali, his Starbucks store manager, were both invited to guest at Ellen DeGeneres’ show. During the interview, it has been said that many people have told Sam he will never get a job because he is autistic. 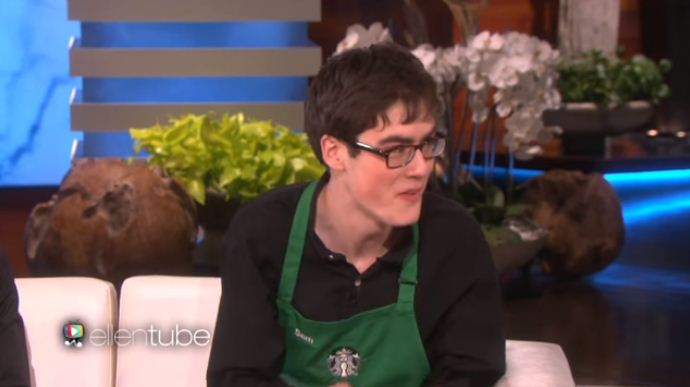 The kind-hearted manager, however, changed that when he met him at the Integrated Services for Autism and Nuerodevelopmental Disorders camp run. Sam said his dream job is to be a barista and Chris offered him a position at his store – which he gratefully accepted. The two has become very close friends since then.

According to Sam, he dances to help him focus on his tasks. Before letting them go, Ellen had some awesome surprises up her sleeves for her guests from Toronto, Canada.

You can watch the inspiring video here:

Kudos to Sam for his inspiring story. Hats off to Chris as well for believing in Sam!

Some employers may hesitate about the idea of hiring individuals who are on the autism spectrum but according to the Indiana Resource Center for Autism, these people are highly employable provided, of course, certain guidelines are kept in mind.

In an article entitled “Choosing the Right Job for People with Autism or Asperger’s Syndrome,” Temple Grandin, Ph. D. said “Jobs need to be chosen that make use of the strengths of people with autism or Asperger’s syndrome. Both high and low functioning people have very poor short-term working memory, but they often have a better long-term memory than most normal people.”