Heartbreaking photos of a mother and a newborn baby sharing the same coffin have gone viral on Facebook page Love Faith Family Quotes.

According to the post, Aldren Sarile was at work when his wife called to tell him that she feels unwell and that her blood pressure is high. As she was 8 months pregnant, Aldren told her to rest while finishes his work; then, he will be home.

He assured her that he’ll bring their new foam bed so she could rest better and that he will take care of her. 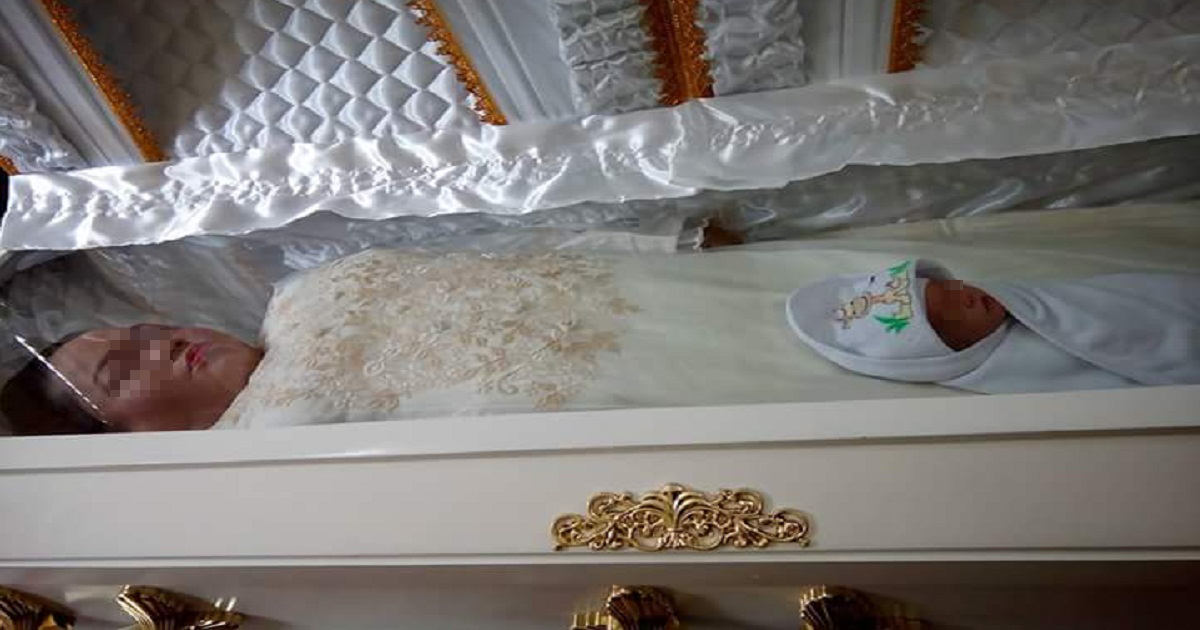 The traffic situation was bad as he drove home and he had a sinking feeling that something is trying to pull him home. He tried his best to reach his wife as fast as he could but despite going almost bumper to bumper with the vehicles in front him, he wasn’t able to reach them on time.

He cried for help and his neighbors came but there really was nothing that anyone could have done to save his wife and unborn child. She was declared dead on arrival. The doctors still performed a C-section to try and save the baby, but Trisha Liona was also dead.

Aldren had no choice but to bury the two together – a very heartbreaking situation that any dad and husband could ever experience. 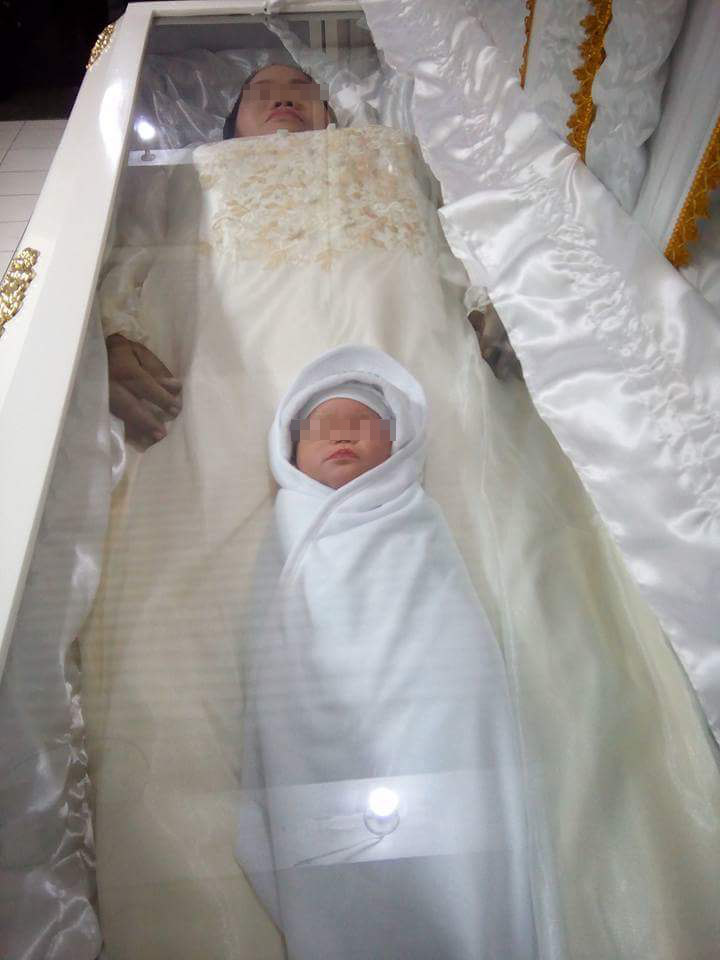 He chose to put baby Trisha in her mother’s coffin instead of getting her a separate one so that they will have each other for company, even in death.

The post has since gone viral, with thousands of people offering words of encouragement for Aldren to stay strong despite what he is going through at the moment. He definitely needs all the support he could get, especially because he must be feeling guilty that he wasn’t able to reach them on time…

Preeclampsia is a condition wherein a pregnant woman has high blood pressure. This is a dangerous condition and, if left untreated, can lead to death.