Born poor, the 17-year-old winner of the Miss Uncensored News Thailand 2015 beauty pageant, Khanittha Phasaeng did not hesitate for one moment to return to her hometown to pay her respects to her mother who had to collect trash just to feed the family and send her to college.

As is tradition in her hometown and many countries in Asia, Khanittha bowed down to the ground in front of her mother as a way of thanking the old lady for every sacrifice she made to raise the family despite their impoverished lifestyle. 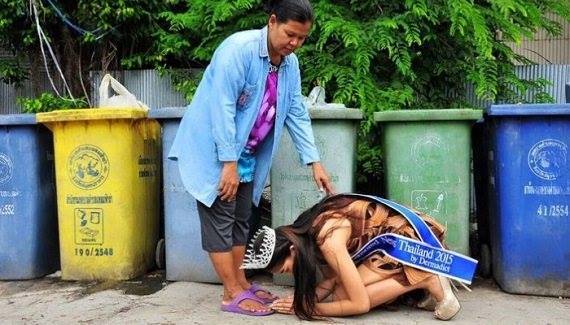 Khanittha was wearing her sash and crown as she bowed in front of her mother, capturing the attention and hearts of millions of netizens across the world. Many praised this young woman for keeping her feet firmly planted on the ground and acknowledging that she owes her success to the wonderful mother who raised her.

Many pointed out that she was beautiful inside and out, something that is truly admirable especially for a now famous young woman like herself.

Some bashers pointed out that the snapshot was created to stir publicity, especially because her mother was standing in front of trash bins while Khanittha looked dolled up yet publicity photo or not, Khanittha shows to the world just how much she loves and honors her mother! Shouldn’t that be the more important factor here? 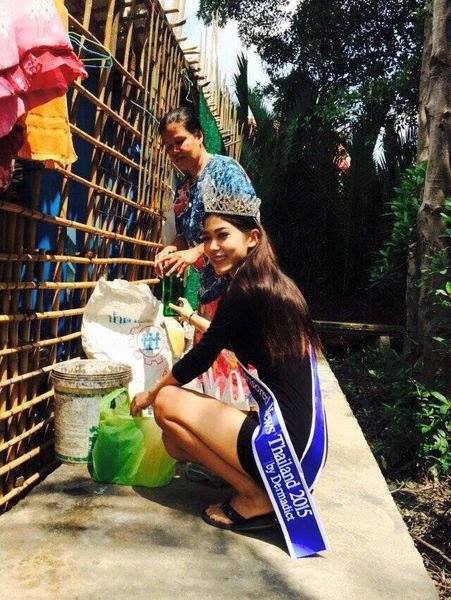 Truly, Khanittha’s mom raised a fine daughter. While many successful people might feel shy about sharing their not-so-beautiful backgrounds, this gorgeous beauty queen had no qualms about showing the world that she was poor and raised by a woman who collects garbage for a living. Though this might not be the best job in the world, it was an honest one.

Despite Khanittha’s success, her mom has remained unchanged and still scavenges trash across town for a living. Khanittha also openly admits to having helped her mother collect garbage ever since she was a child – and even when she had already won the beauty title, she readily knelt on the ground to assist her mother pick up more trash and sort the garbage. 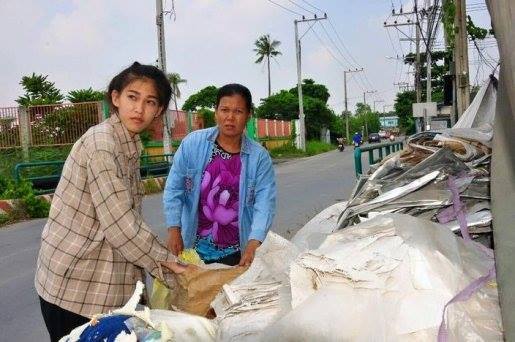 These two are truly admirable!