A photo taken by a trucker who passed by a fatal accident is making rounds on the web after people noticed that a white figure shaped like a human being was located just above the people on the scene.

According to news reports, the motorcycle crash happened in Kentucky, USA. A trucker named Saul Vazquez happened to take a snapshot of the accident; seeing the figure, he shared it on social media.

“I took this picture just few minutes ago from the cab of my truck. It was an accident between Campton and Stanton on the service road just off of the mountain parkway,” Vazquez wrote. “Zoom in and pay attention to the shadow just off the top of the state trooper hat. All I say is I hope everyone involved is okay!!” 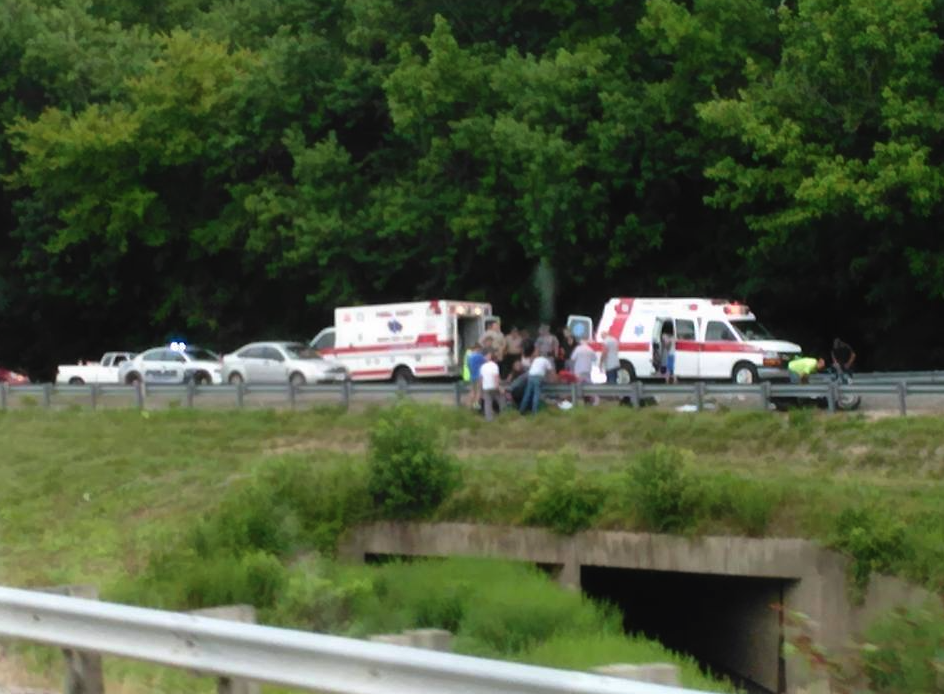 Several of those who commented on his post believed that the white figure was the poor rider’s spirit ascending from his body towards heaven but others were skeptical, especially after it was revealed that the rider, who was the only killed in the accident, actually died in the hospital and not on the scene of the accident.

Police confirmed that the man, whose identity was withheld, was the only one involved in the accident and that he died at the hospital due to his injuries.

So, what was that white shape above the accident scene? Well, several people put forth various theories about that shape, ranging from the photo being rigged to make it look like there was a white figure above to the figure actually being just a tree trunk on the other side of the road. There are also theories that the white figure was actually just dust on the camera’s lens.

Well, the answer actually lies on who you ask. While a lot of people believe in ghosts and spirits, only a few claim to have actually seen spirits – and most do not even have actual evidence to prove their claim; thus, we could not fault skeptics when they say that spirits do not exist.